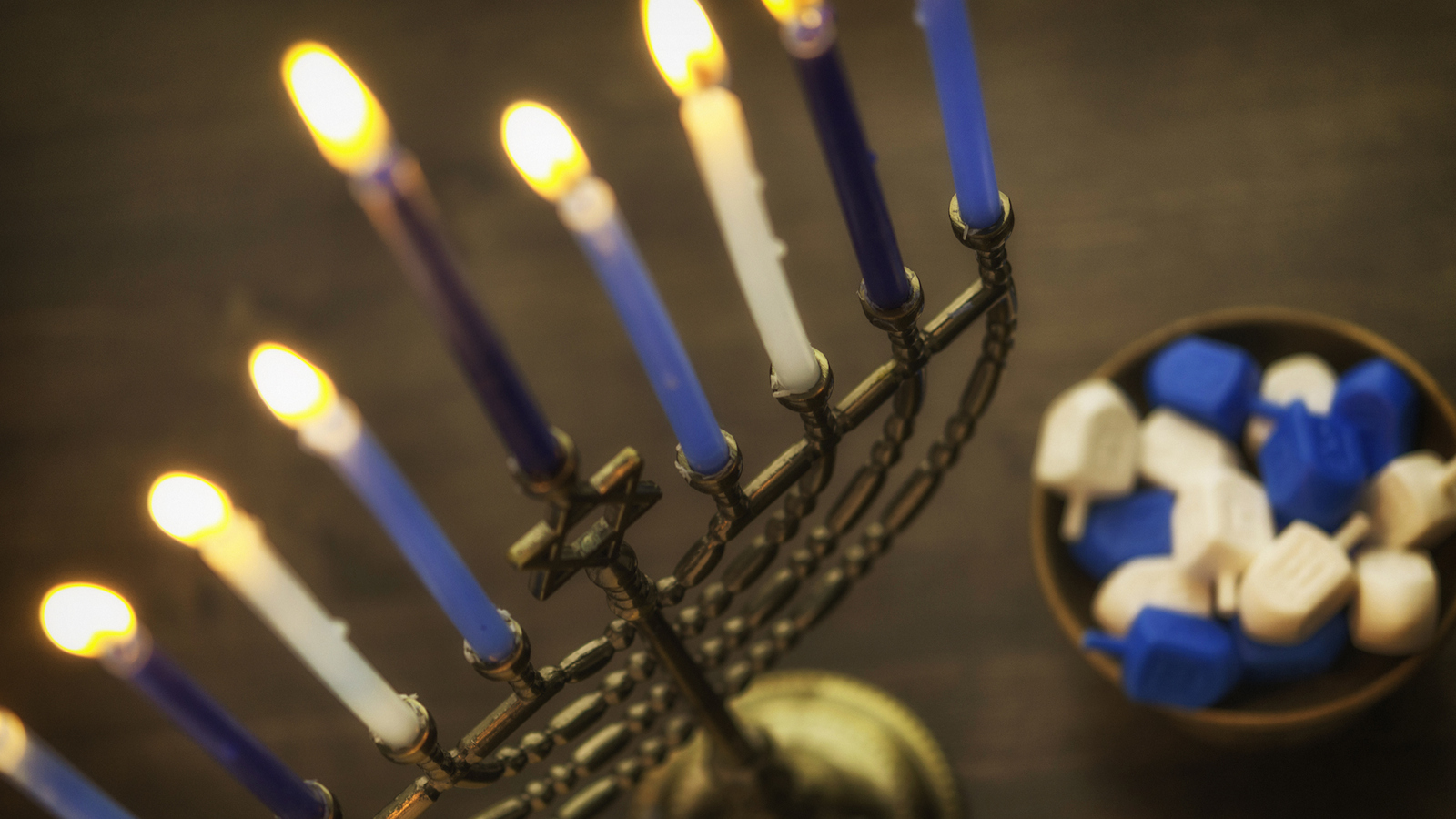 The Jewish calendar is a luni-solar calendar based on lunar months of 29 days alternating with 30 days. My grandfather on my mother’s side was a very religious man and faithfully observed the Jewish calendar. Because I was born on the second day of Rosh Hashana, my Jewish birthday was very easy to remember because it always fell on the second day of Rosh Hashana which can vary by up to a month on the Gregorian calendar. Similarly, my grandfather was born on the first of the eight days of Hanukkah so we always celebrated his birthday then.

Hanukkah celebrates the Jewish victory over the Syrian-Greek superpower in the second century BCE, during the time of the Second Holy Temple. It also celebrates the miracle of a little oil that lasted eight days, which is why it is commonly known as the Festival of Lights.  Hanukkah is observed for eight days, starting on the 25th day of Kislev according to the Hebrew calendar, which this year means it will tonight and will come to an end on Friday, December 18.

Many Jewish households have a Menorah and even non-religious Jews often celebrate Hanukkah by lighting the candles. The Menorah has 9 candles, with a larger one at the center (the shamash) which is used to light the other 8 candles. The first night you light one candle, the second two, etc. until by the 8th night, all 8 candles are lit. Prayers are recited once the candles are lit.

Traditional foods eaten on Hanukkah vary in different places, but in the U.S most people eat potato pancakes called latkes. As a young child, I once became violently ill from eating too many rich, oily latkes (my grandmother was not the best cook!) and since then, they have not been my favorite food. However, my grandmother did make a Ukrainian potato dumpling called a varenika which was delicious. Every year my dad would try to break his previous record and eat more than the year before. Needless to say, this did not always end well.

On Hanukkah, we also sing songs and spin the dreidel, a four-sided spinning top with a Hebrew letter on each side. When I was growing up in South Africa, we always received money as gifts on Hanukkah- small token amounts. Occasionally we would get foil-wrapped chocolate money which we loved receiving even more than the real money. In the US the holiday has become more like Christmas and larger gifts are sometimes exchanged. People even sometimes have Hanukkah bushes, something that is not a Hanukkah tradition, but an attempt to make Hanukkah more like a Christmas celebration. This secularization of Hanukkah is frowned upon by more observant Jews, but in a society where so many families are blends of different religions, it is a way to compromise and create a festive atmosphere regardless of your religious inclination.

I have not given much thought as to how I will celebrate Hanukkah this year. Since I have been cooking up a storm during COVID, perhaps I’ll attempt to recreate my grandmother’s varenikas. Sadly, my dad is no longer around to try to break his record, but I am sure my husband will indulge me by eating his fair share.

If you would like to make varenikas on your own, here is a version, by All Recipes.