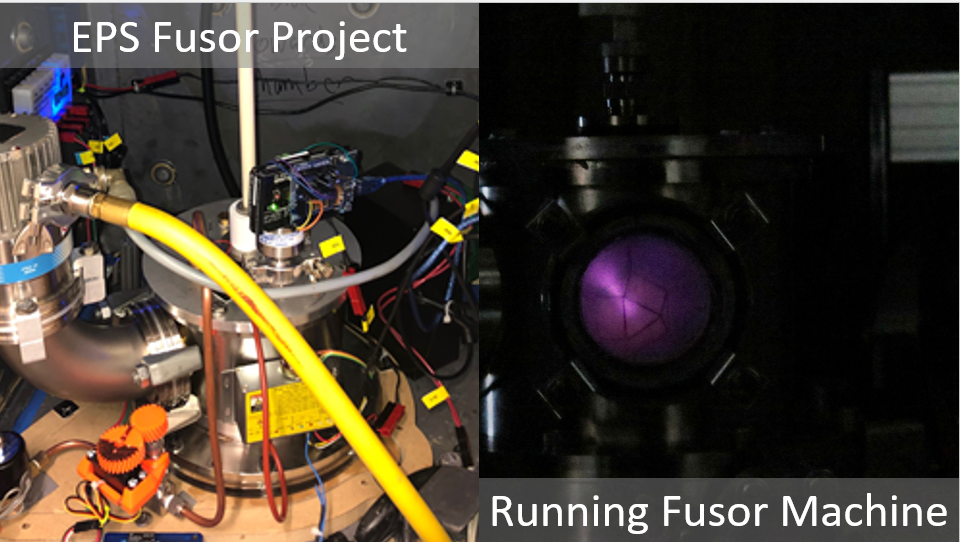 There’s something about seven years. We did a seven-year run of TEDxEastsidePrep before moving on to other projects and we are about to complete seven years of the successful Fusor program (Fusor started in the Fall of 2015).

In 2015, Eastside Prep started a Fusor academic team, who’s goal was to build a Farnsworth-Hirsh nuclear fusor. While this device does fuse hydrogen into helium, it does so in a controlled and safe way. The primary advantage being that it is net energy negative, which means that unplugging it stops any reactions. In those seven years, the student team has worked with vacuums, high voltage, digital sensing, neutron modeling, project management, nuclear physics, and a whole host of other engineering topics in their pursuit of a functioning fusion device.

What was originally meant to be a five-year project, fusor has continued an additional two years due to the engagement of students and stubbornness of electronics and high voltage not working well together. In that time, the school has continued to evolve, our faculty have shifted, and we have learned a lot about long-term student-led engineering efforts.

Now, our focus is on increasing time and resources towards the completion of the fusor project. Students will have the opportunity to work on the project three days a week (rather than two) and we have freed up some additional funding. While it is ambitious, it is entirely possible that we will achieve detectable fusion this year.

While our focus remains on supporting fusor in crossing the finish line, we are also actively developing the academic team that will take its place in the 2022-23 school year. Beginning after February break, we will be interviewing students who have been involved with fusor. We all want to know what has been most meaningful to our seniors and what attracted our students new to the program.

Understandably, students are mixed on this news. Some are worried about whether it is possible to complete the project, others were really into nuclear physics. However, most were excited about the possibility of starting something new and have already started sharing ideas (you are welcome to do the same, jbriggs@eastsideprep.org).

Fusor, the device, will continue to be available at Eastside Prep if students would like to pursue a science project. With any luck, it will be a legitimate neutron source before we return in September. Tuesdays and Wednesdays after school, however, will be engaged in a new engineering effort.

While the fusor device will be around for a few years, the EPS scanning electron microscope is looking for a new home. If that sentence intrigued you, let us know, and a JEOL Scanning Electron Microscope from 1979 (that has been modified to take digital images) could be yours for the tinkering.