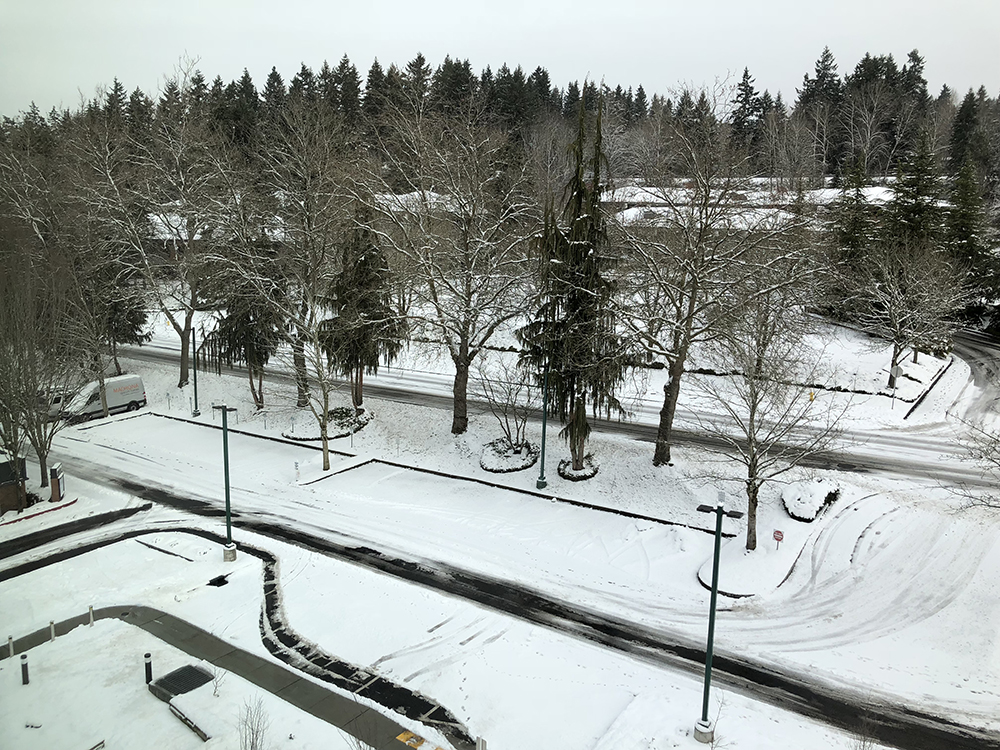 Controlling What We Can

We need a snowplow tax.  If we’d been buying snowplows at the rate of one per year for the past 25 years, we still wouldn’t have enough equipment—but at least we’d be trying.

All it takes are a few sequential days of unwelcome weather to remind us all that we are not in control.  And…weather is the thing we try most to manage through prediction.  Predictions create mind-sets, and mind-sets develop beliefs.  Before you know it, we’ve all convinced ourselves that we cannot drive in snow.

I grew up and began my career in Colorado.  My first winter in Seattle was January, 1993.  It snowed.  I walked over to my office, and was met by a few cranky looking faces.  It was pandemonium!  What was I thinking?  Couldn’t I look out the window and see?  How could I fail to imagine that schools close when 2 inches of snow fall?

It’s never truly “sunk in” that any snow at all is likely going to shut down the city, the neighborhoods, and the schools.  Of course, I’ve come to understand why Seattle and surroundings move more cautiously when even a small amount of snow falls.  The Seattle landscape is not snow-friendly; neither is Kirkland’s.  The real problem is that block by block people are dealing with very different conditions.

The most recent series of events felt even more distressing because we were able to get back to school exactly 1 day before winter break began. I actually thought, albeit briefly, about canceling the break.  The first person I proposed that to asked if I had a death wish.  I inferred from that question that it probably would not be prudent to interrupt planned vacations.

So, here’s what we need to do.  Ask your children if they’ve looked at Canvas lately.  Suggest that they find a little time each day to work on that philosophy paper or check the class OneNote notebook for the assignments that were posted during snow-mageddon.  Or maybe it would be a good idea to finish reading the novel that’s due two days after break.

I was impressed with reports I heard from faculty about the number of students who responded well and in a timely way to assignments posted while we waited for snow to melt.  Students completed exams, posted discussions, and wrote reflections on a number of topics.  After all the commotion about whether to open or not—school happened.  So many students just assumed that learning would continue.  And so it did.  Ultimately, it’s not so much about controlling things we can’t control; it’s about controlling the things we CAN.