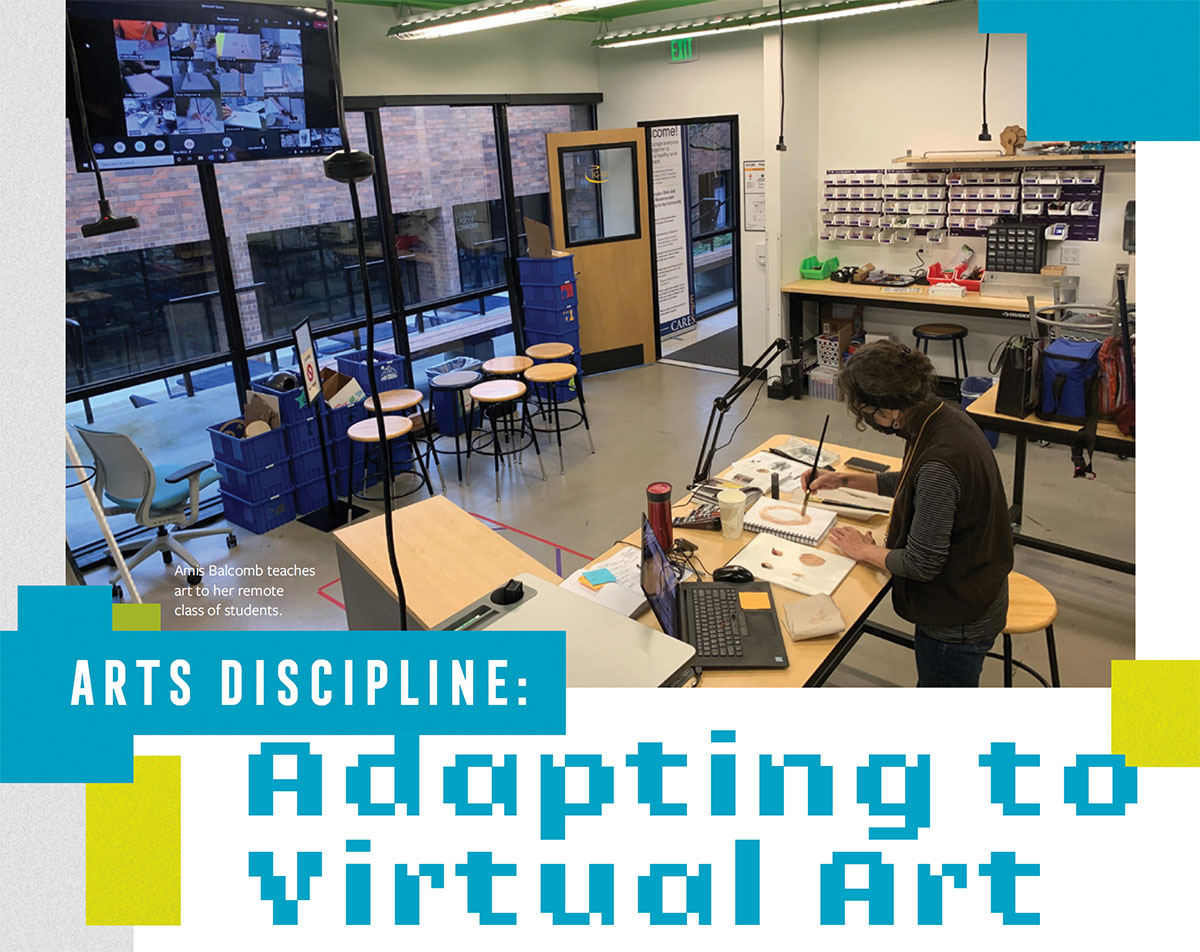 They can’t stand on the stage these days, but Eastside Prep fine and performing art teachers and students have found new ways to project their voices. Teachers have adapted in both big and small ways to remote learning, with each new method providing an opportunity to reach out to students. And when things don’t go as planned, they adapt again. Rick MacKenzie, Technical Theatre faculty, says Stagecraft class sent out watercolor paper and brushes with the plan to do shadow puppets to support the Middle School play. While that didn’t work out as planned, he’s thinking of adding those puppets to future classes once we are back on campus.

Dr. Ed Castro, Instrumental Music faculty, says he was already making a shift to focus on project work, and the COVID situation simply pushed him to do it faster. “Once we streamlined the tools students could use, they did so much on their own,” he says. The project work at home was really successful.

“We’ve also had to pivot quickly to 21st century tools,” says Fine and Performing Arts Director Ginger Ellingson, who is excited that recording their work gives students practice in listening to themselves and planning second takes. This also gives the faculty flexibility that they can pass along to the students. “We can set up templates and students can make their own choices.”

Everything has been planned and replanned. Resident Drama Teacher Sam Baldwin describes how The Laramie Project was first designed as a hybrid model, where some students would rehearse live and others virtually. Then COVID cases rose dramatically,necessitating another adjustment with rehearsals (and ultimately the production) moving completely online. 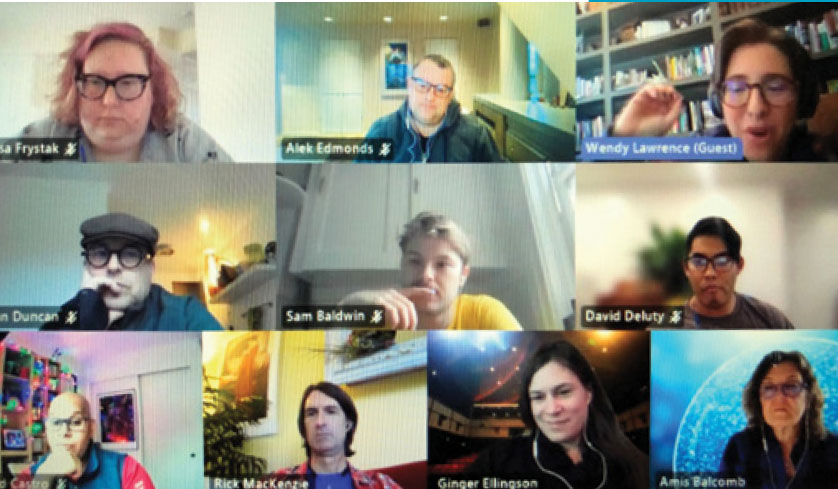 The school is supporting these teachers who are constantly adapting. “We received approval for professional development to attend a webinar with renowned composer Stephen Schwartz on how to make virtual music,” says Drama teacher Lisa Frystak. The entire team was excited to spend time with an industry professional whose ideas they could bring back to EPS, a school where lifelong learning is inspired in the students because it’s first modeled by the teachers.

One innovation at the Middle School level was putting on The Hobbit as a radio play. “Students still dressed up and even gave their characters appropriate virtual backgrounds,” says Frystak. They studied how body movement still plays a role in voice acting. “They had fun. It ended up feeling like we weren’t apart at all.”

Upper Schoolers interviewed each other about their dreams for making the world a better place and staged and edited the pieces. “The question was somewhat of a surprise to them, but they were so passionate about it—and it was really emotional for them when they watched it at the end of the trimester,” says Ian Duncan, English and Drama teacher.

Teaching in the time of COVID has been all about back-up plans, and members of the arts discipline have been really excited about how well these have worked out. Verbatim theatre (using real words of real people) was chosen for Upper School drama when students couldn’t direct their own one-act shows. Students were able to interview parents and community members and bring those voices to the virtual stage. “A lot of them enjoyed it so much, we selected The Laramie Project as our Upper School play—a verbatim piece in which people in the town in Wyoming were interviewed after the murder of Matthew Shepard,” says Duncan.

These are heavy topics, but that was a purposeful adaptation. “What a weird year to do a lighthearted comedy,” says Ellingson. “We want to be more proactive in addressing equity and inclusiveness.” So, it isn’t just the technology that has evolved—it’s the bravery and the purpose, too. 2020 forced us to have new perspectives as well as new technologies and the arts discipline is welcoming that. Castro, for example, has challenged himself to include a diversity component to every lesson and is excited to remove the labels of what is “legit” in the music industry to help students celebrate music from all backgrounds.

They may be experiencing everything from home, but EPS students are traveling the world in their vocal music classes. And students are very much a driving force in how the school honors more voices and new meaning. The teachers made those first choices to adapt, but the ways in which students embraced those changes drove future decisions. Throughout the whole virtual learning experience, the arts faculty have been riffing with their students in a wonderful process that honors the “yes, and…” spirit of improvisational theatre.

Arts teacher Amis Balcomb can’t walk between desks anymore, glancing at student work, but she asks them to point their webcams down so she can interact from miles away. Art supplies boxes have been provided to each student, but they still might not have all the tools available that they would if learning in person. But, as art teacher David Deluty noted, “We’ve surprised ourselves with what they can do with just a sketchbook.”

With each student hearing Balcomb’s encouragement and matching their own creative ideas with her expectations, with Upper Schoolers planning to change the world, with Middle Schoolers giggling over their radio show—maybe it isn’t the technology that brings them together at all. Maybe it’s the art.