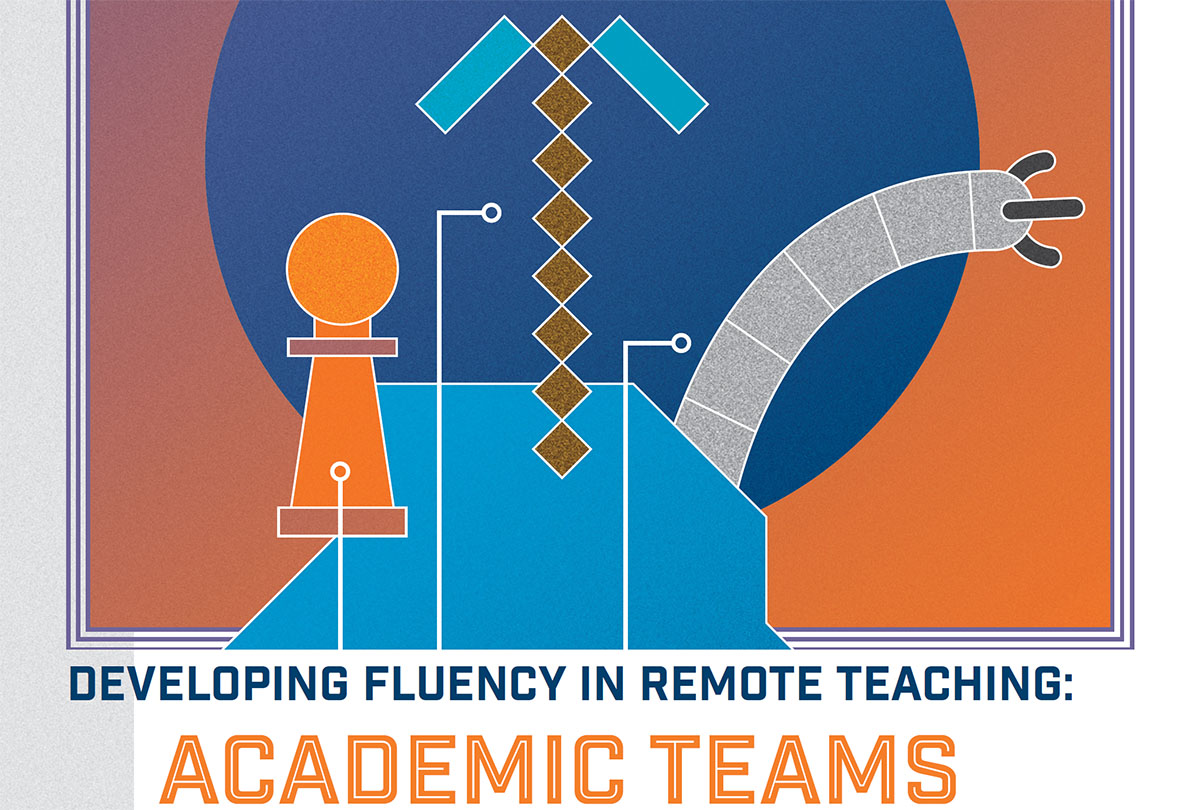 By Jonathan Briggs, Director of Strategy, Technology, and Innovation

WHEN YOU START LEARNING A FOREIGN language, you go through a process of translating the words into your native tongue in order to understand. Over time, you no longer need to travel through your native tongue for comprehension. This marks the beginning of fluency. For many, one of the first signs of developing fluency is beginning to have dreams in their second language.

A year into online learning, we are seeing signs of remote teaching fluency among our teachers and students. At a recent Professional Development Day, one of our Middle School English teachers remarked, “I am no longer figuring out how to translate my in-person classes to remote. Now I am developing lesson plans directly for remote.” Students have also been building fluency. Their management of multiple materials, conversation streams, and video conferences has shifted from simulating table groups to taking full advantage of the features Teams has to offer. Likewise, our academic teams have made this transition to remote fluency and, in some cases, found improvements over our prior efforts.

All of the academic teams are using breakout groups within channels. A common pattern is to have an all-hands start to the afternoon and then have students move to small group work within channels. In chess club (coached by Sammy Shaw) and MinecraftEdu (coached by Sarah Hollingshead and Katie Nikkel), students are also taking advantage of various ways to join games. Chess.com allows players to select opponents to play against, and MinecraftEdu lets students invite others into their world to share their creations and solutions. Students have become adept at playing the game in one application while maintaining a Teams call for their audio channel. Math Team has taken advantage of the near-infinite virtual space by creating many subchannel meeting rooms based on what problems and what levels students would like to focus on. The math competition world has also adapted by building an online platform, so their contests continue to happen.

Debate, at both the Middle and Upper School levels, has found that the remote format offers some advantages over our in-person practice. At the Middle School level (coached by Dan Yezbick), it has made it easier for students to take turns making their arguments (reducing interruptions), offering plenty of virtual space for different debates to happen, and significantly reduced transition time as students move to their debates and back to the main group. As an added bonus, they have been able to call in Upper School debate students to be Middle School judges on an ad-hoc basis, creating some peer mentorship opportunities. Online tournaments have also made it easier to participate and the interest in debate across the region is up significantly due to its ability to adapt to remote. The Upper School Debate Team (coached by Wen Yu Ho) has been able to maintain two separate calls, one for the debate via Teams and then a side channel with their partner (often via their phone) to discuss strategy out of earshot of their opponents. With physical proximity no longer required for tournaments, they have also been able to compete with teams across the country, greatly increasing the diversity of competition.

Our Upper School Fusor and Robotics teams (both coached by Gunnar Mein) have had a particularly challenging shift since much of their work was in building physical devices. Instead, they have operated as a distributed development team over the last year, co-designing in the OnShape collaborative CAD program, and building components in one student’s house with designs done by other members. With reductions in competitions and the number of robotics teams, some teams opted to look at designing robots for other environments, such as amphibious ones. Fusor has turned its attention to building computer simulations of their device to predict everything from the electrical field generated to proving out that their shielding is more than adequate. Students have also turned designs into CAD models and built new electrical circuits in addition to learning more background physics. A highlight has been the virtual field trip hosted by the Stanford Linear Accelerator Center and some of their research groups.

Rounding out the list, we also have the Student Leadership Council in the Upper School. This group is run by students (with support from Verity Sayles), and it has been fun to see transfer of some of the techniques being used in their classes to maximize their group time. Those students have found that screen sharing and maximizing use of the chat enables many more voices to be heard and referenced after the fact. A typical pattern will be a PowerPoint presentation with a chat going on in parallel, and then the chairs review both. They also make extensive use of surveys and sub-channels to gather data. Overall, they are seeing more ideas, enjoying a faster, looser format, and having more fun.

Special thanks to all the academic team coaches and students for not only adapting to our remote environment but thriving in it. It will be exciting to see how these newfound skill sets will continue to endure when we are all back on campus again. We will have the best of both worlds at that time