A. Anushka (’20) helps facilitate a skill-building support group for children whose parents are survivors of domestic violence.

C. Liam (’21) performed at the WMEA Solo and Ensemble Festival and received a superior score for his performance on the Mallet Percussion.

D. Sofia, Ella, and Addie (all Class of 2025) participated on a team that took third place in a Destination Imagination competition.

E. Bohan (’22) won a regional competition of solo and ensemble for snare drum.

F. Veronica (’20) is an advanced skateboarder who competes throughout the State and the Northwest and has been featured on skateboarding websites, in videos, and in magazines.

G. Lucy (’20) recently played bass and ukulele with her band at the Hard Rock Café in Seattle. 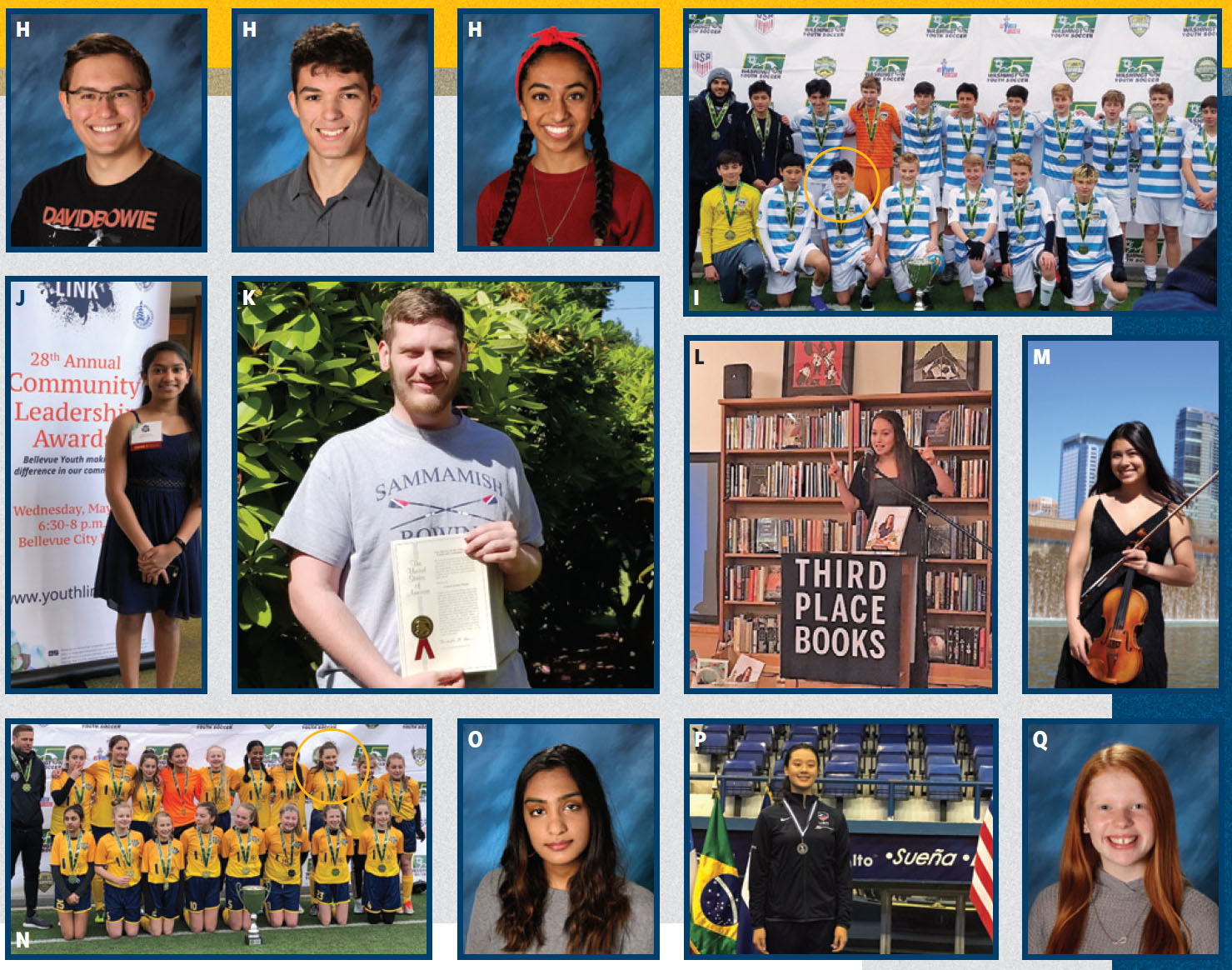 H. Ryo, Lathan, and Halima (all Class of 2019) were each recognized as Students of the Month by the Kirkland Rotary.

I. Ben (’23) recently participated (and won) in the Founder’s Cup with his soccer team.

K. Peter (’19) received a U.S. Patent for his invention related to utilizing airplane entertainment devices during an emergency.

L. Amber (’21) held a book signing at Third Place Books for her cookbook Cook with Amber.

M. Isabella (’22) was accepted to the All State Band of the Washington Music Educators Association.

N. Cady (’25) recently participated (and won) in the Founder’s Cup with her soccer team. 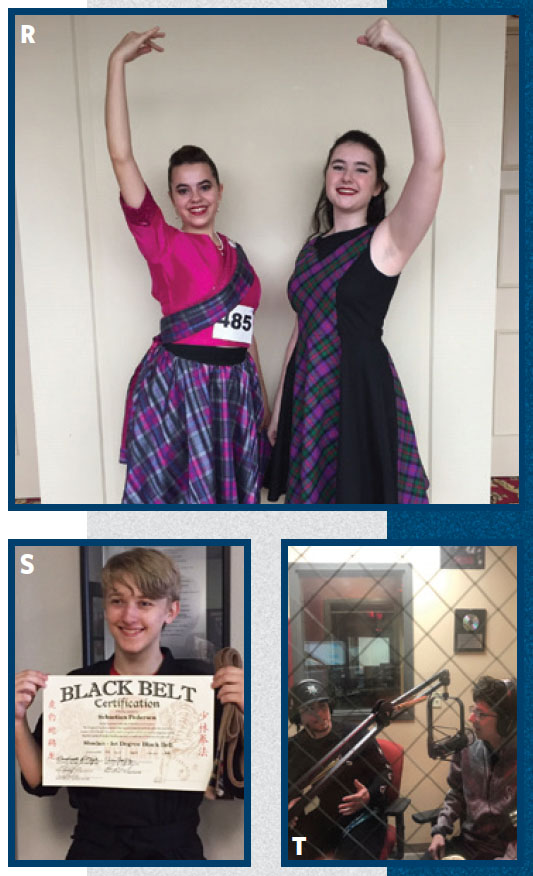 O. Neha (’20) is on the board for TeenTix, an organization working to empower teens through arts access.

Q. Charlotte (’24) has had great success in a number of recent dance competitions.

R. Lilly (’20) and Alison (’22) were invited to the North American Scottish Dance Teachers Association Scholarship Competition and workshops. Both were awarded medals for their written paper, completed a master class, and performed self-choreographed dances.

S. Seb (’19) has been involved in martial arts since he was four years old. His dedication has afforded him the opportunity to test for his karate black belt in April 2019.

T. Bohn (’19) has a local radio show about sports which was recently nominated for an award.