A LOT CHANGES IN EIGHT YEARS. THE LIFERS OF 2019 (seniors who have been Eastside Prep students since the fifth grade) have been around long enough that Stuart Guse remembers sliding down a grassy hill during fifth- and sixth- grade lunch. “We were just having an awesome time!” he says, about the hijinks on a piece of uneven land that has now been dug into, leveled, and topped with four stories of the TALI building. “Having almost a whole new school to explore after being here for so many years is definitely something special,” says Lathan Chatfield. Sahas Srinivasan agrees, “My favorite thing about this year is how much bigger EPS feels. It feels livelier than in previous years.”

But just as things change, others stay the same. Connor Voskuil notices how even though the culture has, to some extent, evolved along with the campus, “I remain impressed with the level of mutual respect that exists between students and teachers.” Jenna Tseng agrees, “One of the benefits of being a Lifer is I’ve seen how the school has grown and changed in major ways, yet the core values and intent stay mostly intact.”

Tseng is thankful for the close class connections she has made since fifth grade. She recently went back through emails, random strings of jokes and questions, some sent to the entire class and teachers as well, laughing at the things they thought were funny—and the things they thought were serious—and grateful at both for bringing them all together.

It was a small place back then. “Even in fifth grade, I could recognize most, if not all, of the Upper Schoolers, and a lot of them would come to the Middle School and hang out,” says Srinivasan. Peter Kavounas longs for the simpler time of that fifth-grade year, “My favorite part was not having to worry about anything but doing my schoolwork and making friends.”

The lifers have a wide variety of favorite memories, some shared, some unique. One of Garrison Goetsch’s favorites was the senior overnight, time with his closest friends adventuring on the river. Another favorite was much less officially sanctioned. Jenna Tseng remembers a time when microphones had just been set up in the TMAC classrooms and Stephen Keedy started to just “quietly meow while we were working…and pretending it wasn’t him.” Kavounas recalls making an entire notebook of quotes from Mr. Duncan. “When you read them in context, they’re pretty funny. When you read them without context, they become even funnier,” he says. Zoe von Allmen remembers ‘squishball,’ a sport invented by the fifth-grade class, less formal perhaps than the other activities students are involved with, but no less fun.

Lifers also have a wide variety of activities and interests while at Eastside Prep. Guse is involved in Ultimate, soccer, and basketball and understands the importance of his final year at EPS: “Many people look up to seniors so I try and set an example through actions.” Emma Sternitzky has played a lot of sports and loves the effort, perseverance, and determination involved. “As an EPS athlete, we have been taught to never give up and to work hard,” she says. Goetsch participates in track and field, Chatfield has been a Student Ambassador, and Voskuil is involved with the Fusor Project.

“In a small school, I think each person plays a part in defining the community.”

But you don’t have to put a name on it to be involved. As Noah Kim, who has participated in his fair share of clubs and sports, puts it so well, “I’m most involved by just being one of the students. In a small school, I think each person plays a part in defining the community.”

And it’s that community that defines the experience for all of them. All of the Lifers talk about how meaningful the faculty and their friends are to them. As von Allmen says, “I know I’ll have trouble saying goodbye when this one comes to an end.” Kim adds, “My experience at EPS has always revolved around tight-knit relationships and community. I’ve been taught to always look after the peers in my grade. Having connections with my teachers makes it easier to look to them for help even with matters unrelated to the classroom. They’re more mentors than instructors.”

One thing about the EPS Lifers is that they think about their next eight years as holistically as they experienced their past eight years.

FIRST, THEY THINK ABOUT OTHERS.

Sternitzky doesn’t name a specific career, but does say she wants to work hard, be compassionate, and create connections with other people. EPS has helped influence these intentions, she says. “The combination of rigor and the safety to grow into myself has helped prepare me to be successful in my future.”

Guse says, “My goal is to be a positive person and carry myself in a way that facilitates the well-being of others.” He wants not to change the world, but to leave positive lasting impacts on the people he meets. Is there anything better to hope of a graduate?

SECOND, THEY HAVE DREAMS, SPECIFIC AND BROAD, AND THEY AREN’T AFRAID TO CHASE THEM.

Goetsch wants to work in politics and international relations and while he says his dream job would be as Secretary of State, in the meantime he would like to work in the State Department or a think tank. Voskuil wants to operate his own business and plans to study chemistry and enter the pharmaceutical industry.

Kim wants to be a physician, and while he knows he has difficult years of college and medical school ahead of him, he’s confident that EPS has made him ready. Kavounas dreams of working for a major aerospace company.

Others might not have picked one path yet, but they see a lot of options stretching out in front of them, many of which have been put there, or at least illuminated, by their years at EPS.

THIRD, THEY REALIZE THE VALUE OF LEARNING IN COMMUNITY.

Von Allmen has always had a love of learning. “That has remained consistent,” she says. But as EPS has grown and changed, the school has introduced her to ideas and classes and subjects she had never thought to explore. “Seminars have helped me explore subjects I wouldn’t otherwise be able to, and have led me to paths I could see myself pursuing in college.” Srinivasan adds, “My intent now is to learn so that I can contribute to my community. I’ve opened up a lot since [fifth grade] so now I actually want to share my ideas….and put my work out there in order to make an impact.” Tseng feels the impact of the faculty on her plans, “By making time during free periods to meet with students, teachers demonstrate their willingness to help students understand material, study for a test, or develop a project. This desire to help others has shaped and molded my intentions, as I find myself wanting to make the world more equitable and accessible for all people.” Faculty have played an important role for Sternitzky as well. “I’ve had the privilege to have some teachers at EPS who have allowed me to see beyond the classroom and into the real world,” she says.

“My intent now is to learn so that I can contribute to my community.”

Chatfield thanks EPS for giving its students confidence to pursue in the futures they hope for. “EPS helps its students explore our areas of passion and figure out what makes us tick. It’s encouraged our interests and provided opportunities to delve deeper, ask more questions, and learn more.” Armed with that knowledge of themselves, EPS Lifers of the Class of 2019 will leave the school with purpose and intention. 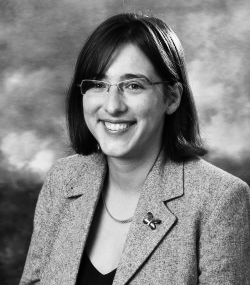 Wendy Lawrence was one of the four founding faculty at Eastside Prep. She started as a science teacher and three years later became the Head of the Middle School. Wendy has moved to Ann Arbor, Michigan but remains connected to Eastside Prep through her work on this magazine.