Each spring, we celebrate our “LIFERS”—those soon-to-graduate students who have been at Eastside Prep since fifth grade. Below are some of their reflections on their time here at EPS.

When asked to remember back to that first year, many lifers talked about the excitement of an older school. Luci Johnston talked about how cool it was to go to school with seven older grades. “It made me feel more grown up to be in a school with ‘big kids.’” Erica Newell saw a chance to reinvent herself, and Ben Spickett remembers loving the Peer Mentors who welcomed him in. Michael Zyskowski remembers just “feeling nothing but happy to be there.”

They also reminisced about the fall overnights, where many of them met best friends they are still close to today. Joseph Knight says the friends he met on that trip are still with him today, and Michael Sanders says he found people to bond with over junk food. Abby Kearny notes, “A lot of my best friends I met on my first day at EPS. I had no idea how big of an impact they would be to me, and I know I will stay in contact with them.” Kaitlyn Sauntry agrees, “I was able to get to know people very quickly, and it was a great way to start at a new school.” Joining Middle School is often a leap of faith, and Praveer Jain felt that literally on the zipline ride, which he remembers loving despite being “quite scared of it at the time.” 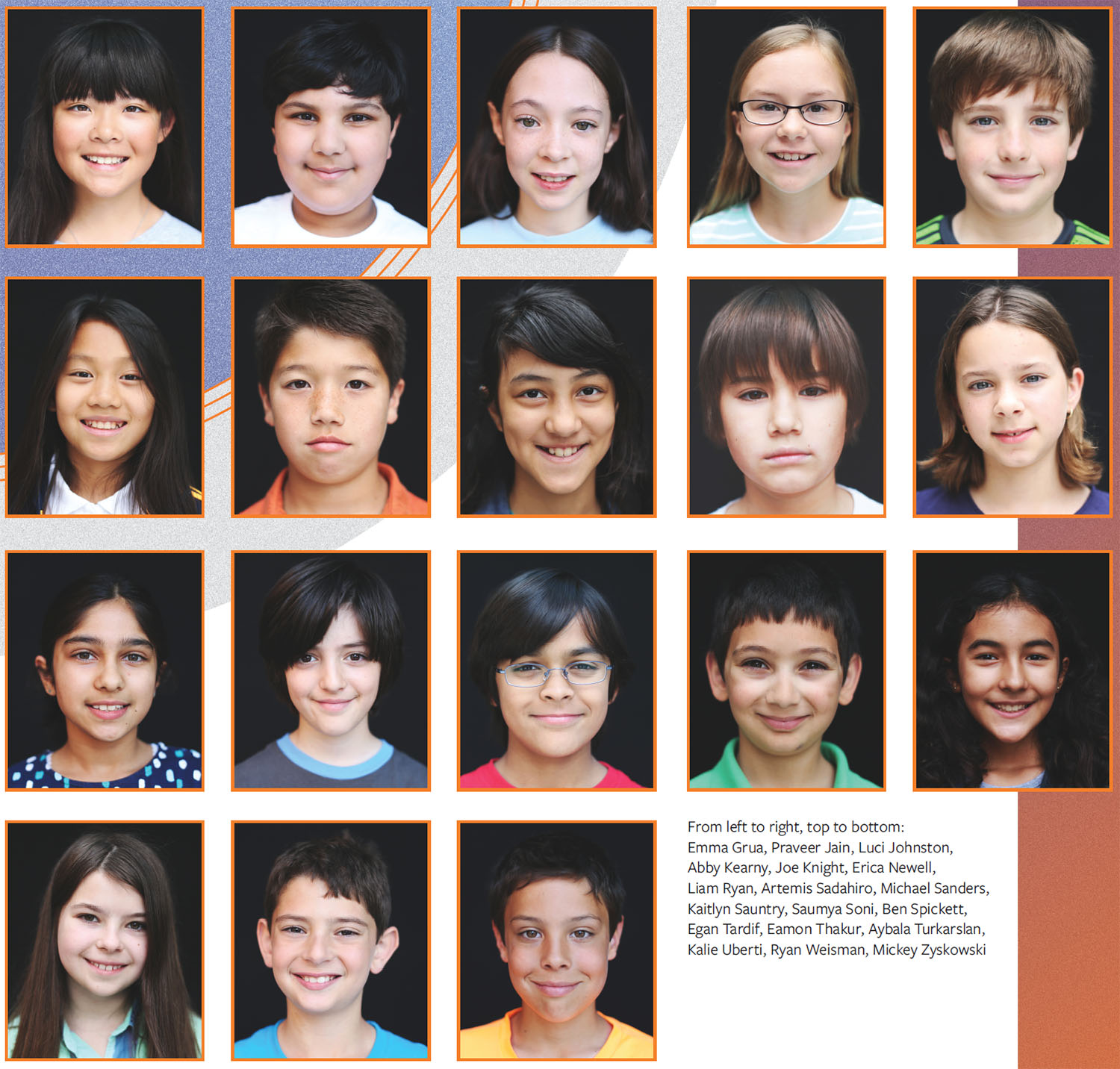 As far as experiencing senior year in a pandemic, it’s the only senior year they’ve known, so comparing it is difficult. They all talked about a profound reconnection in coming back to campus. “The best part of senior year was when we all got to meet in person for the first time in over a year,” says Sanders, who thinks COVID has made them all stronger and more independent. While noting that the changes this year have been “simultaneously exciting and exhausting,” Kalie Uberti appreciates being back on campus for the EPS traditions like decorating for Winter Wars. Johnston loved the feeling of community they experienced when everyone came back. “It feels like the lines between friend groups blurred and people it’s inevitable that we all grow close. I’ve made some connections during my time on the team that I hope extend well past my time at EPS.”

Ryan Weisman has played Ultimate Frisbee every year at EPS and has loved the special bond he feels with his teammates and coaches. “This bond carried through to day-to-day life at school and it made my time at EPS really special.”

STEPPING UP TO LEAD

The Lifers all agreed it was a bit weird to leave school as underclassmen and return as leaders. “It was definitely odd to have senior year coincide with our first year back on campus after quarantine,” says Aybala Turkarslan. But they were up for the task.

As captain of JV volleyball, Newell says “I got to step into the leadership role I had looked up to in the past.” Thakur co-captained the Debate Team and has loved helping it grow. Uberti, who also co-captained the Debate Team, notes that, “It’s been so amazing to see how well the new debaters have been doing. Many of them have won their divisions!” Sanders played Frisbee, where he focused this year on leading the younger students. “I was dedicated to making sure the team acted with the Spirit of the Game.” Turkarslan took her leadership to the Middle School, where she was assistant coach of the Debate Team.

MAKING SCHOOL THEIR OWN

Another common theme Lifers talk about is how they made the school their own. “Through the independent curriculum program,” says Sauntry, “I was able to explore and connect with interests that would be harder to pursue in academic settings at other schools, like my Independent Study on criminal psychology.” Tardif says the best part of his senior year was his Independent Study. Turkarslan says EPS allowed her to explore her own interests. “I really appreciate how personalized your education can become at EPS.”

But they didn’t reserve their opinions just for themselves, either. Johnston says the grade was always empowered to make changes. In Middle School, they got together to rebel against an experience they did not appreciate and the school heard them and changed it. In Upper School, the whole class met with Dr. Stegeman to air grievances and ask critical questions.

THINKING ABOUT THE FUTURE

Is it the pandemic? When asked to think about future goals, this class was a lot less likely to name a college major or a specific profession, and a lot more likely to talk about happiness and pets. Zyskowski, for example, says he wants to find something he really likes, and to be able to do it. Knight is undecided about a major but plans to keep sailing. Sanders wants a kitchen where he can experiment with food. Thakur and Tardif both talked about making sure they use the resources and opportunities given to them in the best way possible. Tardif would also like two dogs. Spickett wants to get out and see the world, Sadahiro hopes for pets and an artistic career, Sauntry is considering becoming a doctor. Weisman’s dream is to be an NFL general manager who brings “a new level of analytics the league has never seen.” And Newell hopes simply (is it simple?) only to “never get a farmer’s tan.”

Kearny wants to “make money and be happy.” Turkarslan would love to be a judge on “Cupcake Wars,” but a backup plan is studying Computer Science and using education toward positive social impact, “especially as our world becomes transformed by and reliant on technology.” Soni would love to “pursue a data science degree with an environmental science minor and learn how to use technologies like Artificial Intelligence to help reduce the effects of climate change.” Uberti wants to be a computational neuroscientist, “and if all goes well, I’d like to have my own neurotech startup specializing in BCIs to help paraplegics.” Jain poignantly hopes to “become the person my Middle School self would have looked up to.”

Johnston summed up nicely what many others were saying: hoping their life is meaningful to the people and places around her. “I want to learn how to be more conscious and respectful of others’ perspectives, while still standing up for my own. I want to learn how to help reverse the damage that has been done to the planet and its  ecosystems, and how to promote equity in the groups of people I meet along the way. I hope there are ways out there that I can improve the world, so I feel valuable in it.”