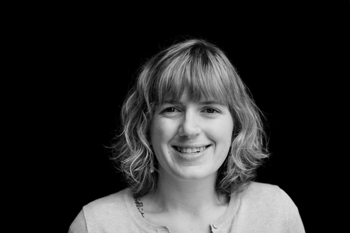 Kelly is a Seattle native who developed a love of Spanish over the course of many years of study, beginning in the 6th grade. Her passion for language is rooted in a deep commitment to exploring and learning from other cultures around the world. She has lived abroad for a year each in Spain (where she spent her junior year of college) and Puerto Rico (where she worked as a rainforest adventure guide), and has traveled to many countries in Latin America. Kelly began teaching Spanish at Eastside Prep in 2009 and since then she has led EBC travel experiences to Ecuador, Cuba, Nicaragua, and Peru, enjoying once-in-a-lifetime experiences such as swimming with a raft of sea lions in the Galapagos and hitting a line drive to center field against a team of ten-year-olds in La Habana. In 2013, Kelly launched a YouTube channel (http://bit.ly/ProfesoraFox) featuring Spanish Grammar music videos, which have quickly become a student favorite.

In 2015, Kelly joined the EPS College Counseling team as a Process Coach.  Though the role is a great fit for her detail-oriented mind, she loves it most for the opportunity it provides to engage with students in meaningful conversations about who they are, what matters to them, and what kind of lives they want to live during the next four years and beyond.

In her free time, Kelly loves to spend time with her spouse and young daughter, play in the mountains, and read good books.  She fervently believes that any challenge can be overcome with enough dark chocolate.

“The Spanish curriculum is so fully integrated into the life of Eastside Prep. There are ways that we can include the language in every corner of the school: in bilingual posters representing the school’s 5 Respect Points, in students who raise their hands in science class and ask their question in Spanish, in a school-wide celebration of the Día de los muertos. It’s a unique set-up for a school and one that I believe enriches the foreign language experience for every student.”