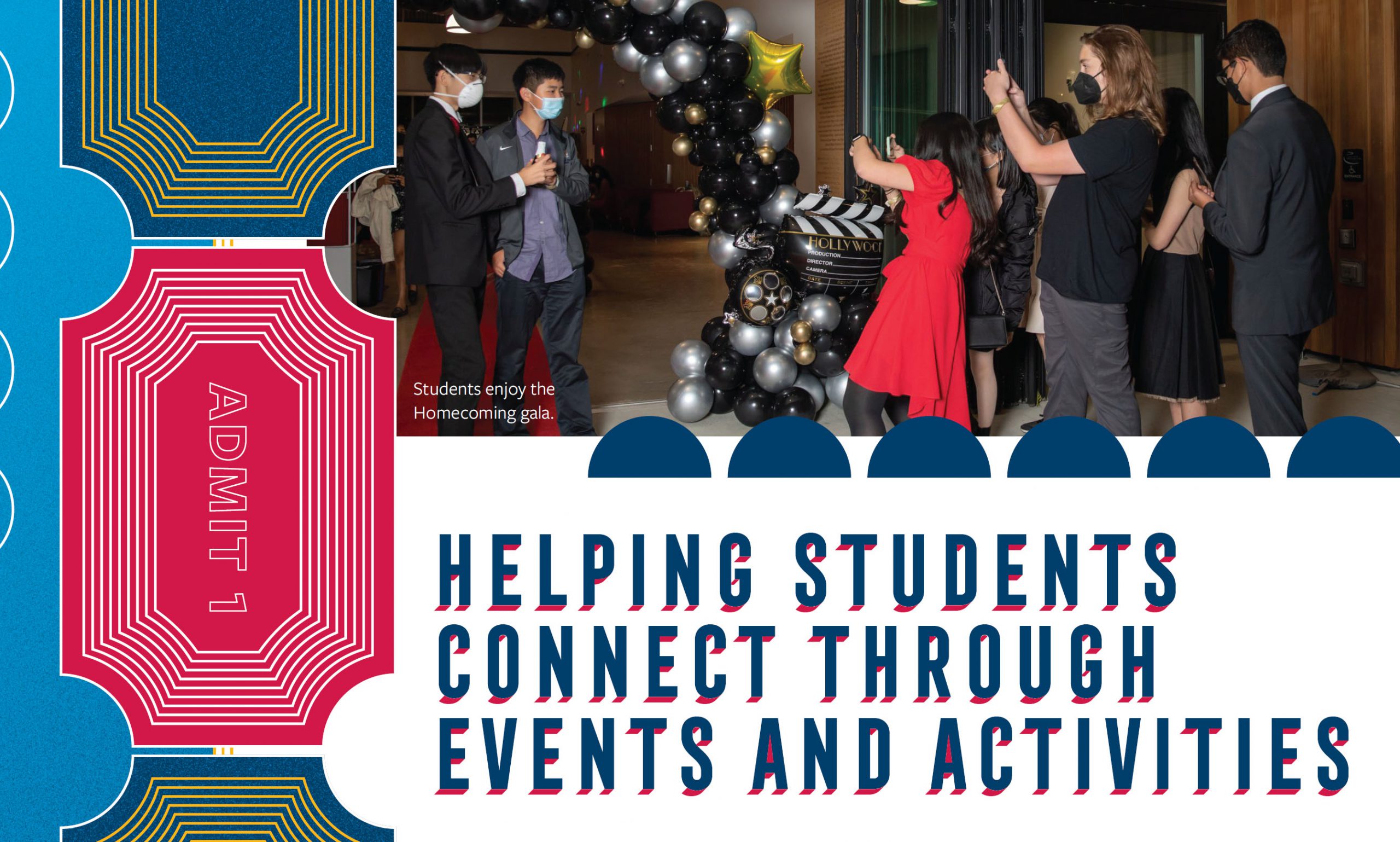 They say the devil is in the details, but so is the fun. And Karla Harris, Eastside Prep’s new Student Life Coordinator, is bringing both. “She’s created events that the kids absolutely love,” says Sam Uzwack, Associate Head of School for Middle School and Student Support Services. And that’s not even the entirety of her complex role, which lights up—sometimes literally—all corners of the school. “Karla’s positive, upbeat attitude is infectious,” says Paul Hagen, Director of Student Well-Being. “I’m not sure she’s ever had a bad day! Her ubiquitous smile is contagious!” Hagen also comments on how quickly Harris was able to join the community, something she credits to all the people who welcomed her, especially Verity Sayles and Lisa Frystak. 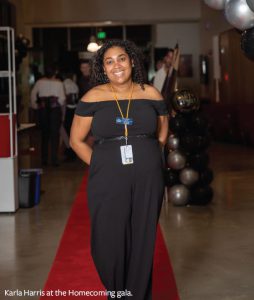 Harris, not one to brag, also gives a lot of credit for her work to the students, who she strives to support rather than lead. But even though she’d rather shine the light on the kids, there’s a lot that goes on behind the scenes to help those student activities flourish. Right now, she’s doing a lot more hand-holding when it comes to student clubs and activities, but she’s doing it with a purpose—to eventually let go. She creates structures to make it easier for students to successfully create and sustain interesting experiences and activities. “Ideally, I want to just be a guide.”

She always wants the students to be the vision and the heart of any activity they are planning, and loves when she can support student leadership. She was able to do this recently when the student Allies for Equity group planned a movie and discussion night. The students chose the theme and led the discussion, while Harris coordinated the room, chaperones, AV, and facilities support.

“Karla’s work with the Student Leadership Council has been exceptional,” says Hagen, “largely because she listens so intently to them and works hard to ensure their ideas are heard and respected.” Harris understands that a good partnership with the

Student Leadership Council is important to the work of providing meaningful, memorable activities for the full student body.

Harris started her job in the middle of the pandemic, which means being flexible has been key to her success— everything has a plan and a backup plan. When this year’s Upper School Homecoming dance needed to be a little more pandemic-friendly, the students suggested a seated dinner with a Hollywood theme and Harris delivered. “With the mindset that constraints breed creativity, Karla embraced the challenge and designed a truly memorable event with a catered dinner, and TALI Theatre transformed into an activities space with ping-pong, arcade games, a caricature artist, and so much more,” Paul Hagen describes. “Students had a blast!” And even though she does a lot of the research and planning, Harris likes to keep the kids involved and will often come back to them with ideas.

Likewise, the Middle School Halloween Carnival included bingo, cornhole, a cupcake walk, pumpkin decorating, and tons of games—cup stacking, digging spiders out of cocoa krispies with long fingernails, and an egg and spoon race with a zombie hand. The event was separated into two separate socials on the same day, one for the fifth and sixth graders and one for the seventh and eighth graders. They even had a movie in the background. An impressive seventy-five percent of students attended, and many thanked Harris afterward. “There was something for everyone,” says Uzwack, “all while hanging out and enjoying each others’ company. She really gets the kids.”

Student clubs and activities are another key part of Harris’s role. She has streamlined the system for clubs to make it easier for students to create them and for the school to find faculty to support them. There are over forty-five clubs between the Middle and Upper School. To name just a few, there are clubs for walking, ping-pong, Rubik’s cubes, wellness, broadcasting, and fantasy football. There’s a Conversation Club, a Girls’ Empowerment Club, a Robotics Club in addition to the team, and an Asian and Pacific Islander interest group that is open to everyone. When students want to start a new one (forty-five obviously isn’t enough), Harris tries hard to find sponsors. It’s a testament to her persistence and dedication to the kids that she’s only had to say “no” once, and that was because she couldn’t figure out the logistics of a cooking club during a pandemic—but she plans to keep thinking about that. 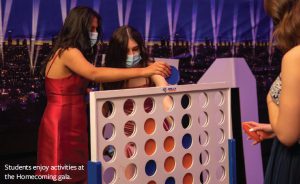 Sometimes it’s not the devil, but rather an elf, that’s in the details. Harris and her students did a lot to brighten up the winter season, including planning Winter Wars, where different areas of the school were decorated with lights, and Winter Spirit Week, which included Ugly Sweater Day, Lumberjack Day, Winter Wonderland Wednesday, and PJ Day. Harris even went so far as to hide an elf around campus with a QR code for the students to scan when they found it.

Before she became the artist and the manager, the glue and the sparkle of EPS activities, Harris was a supervisor for a before- and after-school program where she worked mostly with low-income communities. When the pandemic hit, she was in Arlington, VA, and her four weeks off turned into four months turned into even more than that. “I realized I really missed being back home.” Which was lucky for the students at EPS.

Harris is currently working with students to plan Prom and looking at venues. True to her style of paying attention to everything down to the last detail, she’s already looking for a bounce house to put up at the venue. “But not just any bounce house—I really wanted a white one,” Harris says.

I stopped when she said that. “A white bounce house!!? Who thinks of that! And does it even exist?” And being the person who both dreams these details and makes them come true, Harris says yes, she’s already found it