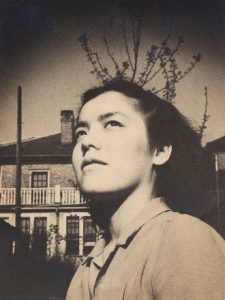 This week, we mark the end of Asian, Pacific Islander, Desi American (APIDA) Heritage Month, the one-year anniversary of George Floyd’s murder and a countrywide call to action to rise up against systemic racism, and contemplate how this pandemic year has changed each of us. In such a time, the words of Grace Lee Boggs seem fitting. Boggs, an activist who saw nonviolence as not just a tactic but also a call to valuing ourselves and others as full, interconnected human beings, reminds us that “we are the leaders we have been looking for.” This spring, EPS students have followed Boggs call to action, planning and executing a wonderful and first-ever Culture Night, hosting conversations about private schools and equity, helping teachers learn more about Universal Design for Learning, and leading our Community Wide Book Club discussion on Charles Yu’s Interior Chinatown.

Boggs also knew what it was to work collectively. “The only way to survive is by taking care of one another,” she said. This sentiment serves as a perfect introduction to our final piece celebrating APIDA Heritage Month, written by Myan Ngo (Class of 2022). Myan writes about the origins of the term “Asian American,” which was about not only taking care but also creating change for all those of Asian descent. Take care of each other and remember that, as EPS students demonstrate so often, we are the leaders we have been looking for. 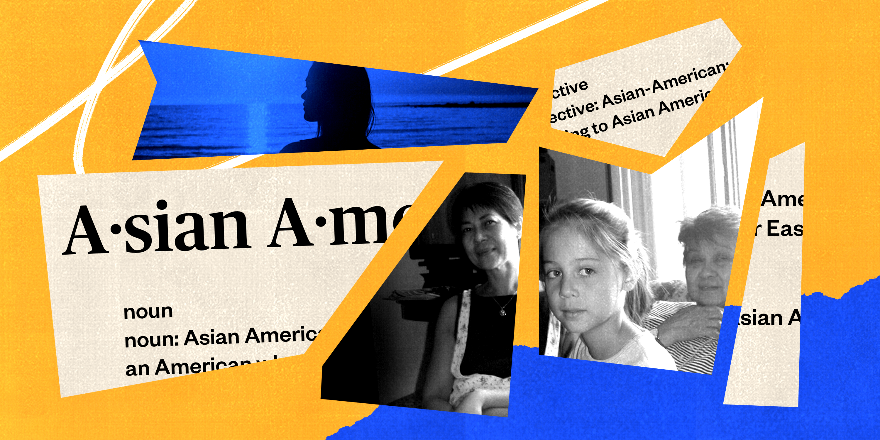 The Origin of “Asian-American” by Myan Ngo
In honor of Asian American and Pacific Islander Heritage Month, I wanted to take the time to focus on the term “Asian American” itself. Before the term came about, there wasn’t a pan-Asian identity, rather people would mainly identify with their ethnic group. Separation between different Asian ethnic groups wasn’t just cultural but also residential, like Japantown or Chinatown. This lack of common identity and union really showed during President Franklin D Roosevelt’s Executive Order 9066 in 1942 to 1945. This order mandated people of Japanese descent move to internment camps. Chinese and Korean Americans (amongst others) would wear buttons stating their ethnicity so they wouldn’t be mistaken for being Japanese.

In 1968, the term Asian American was created. Emma Gee and Yuji Ichioka, graduate students of the University of California Berkeley, first used the term for their student organization name: Asian American Political Alliance (AAPA). Inspired by the Black Power Movement, American Indian Movement, and anti-war movements, they came up with the group to unite all the different Asian ethnic groups together. While recruiting for AAPA, Gee and Ichioka went through the student body of various political groups on campus and reached out to everyone with Asian surnames. This led to a highly diverse organization. Ultimately, the success of the term Asian American rose with the success of AAPA as a group.

The success of this organization only made Americans aware of the term, but the factors that actually made “Asian American” popular were, the decrease of residential separation, the increase of discrimination to all Asian communities, and a want to reject the term “oriental.” Places like Chinatown and Japantown became more and more integrated, and while they didn’t disappear, they also weren’t as strictly separated. Different groups of Asian descent lived together, and were exposed to each other’s communities and cultures. But as living spaces became more pan-Asian, discrimination did as well. Unlike the Japanese internment orders or the Chinese Exclusion Act, this discrimination didn’t target a specific ethnic group. One instance of this that stands out is the murder of Vincent Chin in 1982, killed by two white men who thought he was Japanese when he was actually Chinese. These murderers were part of a group of people in Detroit who blamed Japanese car manufacturers for their car industry’s failures. They took out their frustrations from this belief on, who they thought were, Japanese people. This incident showed Asian Americans that your specific ethnic group didn’t matter, instead all that mattered was that you looked somewhat similar. Before the term “Asian American” was popularized, the majority of people used the term “Oriental” instead. According to Karen Umemoto, director of the University of California Los Angeles’s Asian American Studies Center, this was problematic because it was a “Eurocentric term that geographically referenced the East relative to Europe…Many of the stereotypes…was a part of the project of imperialist conquest.” However, it wasn’t until 2016 the U.S government banned the use of the word “Oriental” in federal law.

It’s important to celebrate and explore Asian American and Pacific Islander history, and it starts with examining the history and meaning behind the very term in the name. Although there are issues with this term (a great article on “The Inadequacy of the term ‘Asian American'”) its ability to unite a group of people and build a sense of community is crucial.