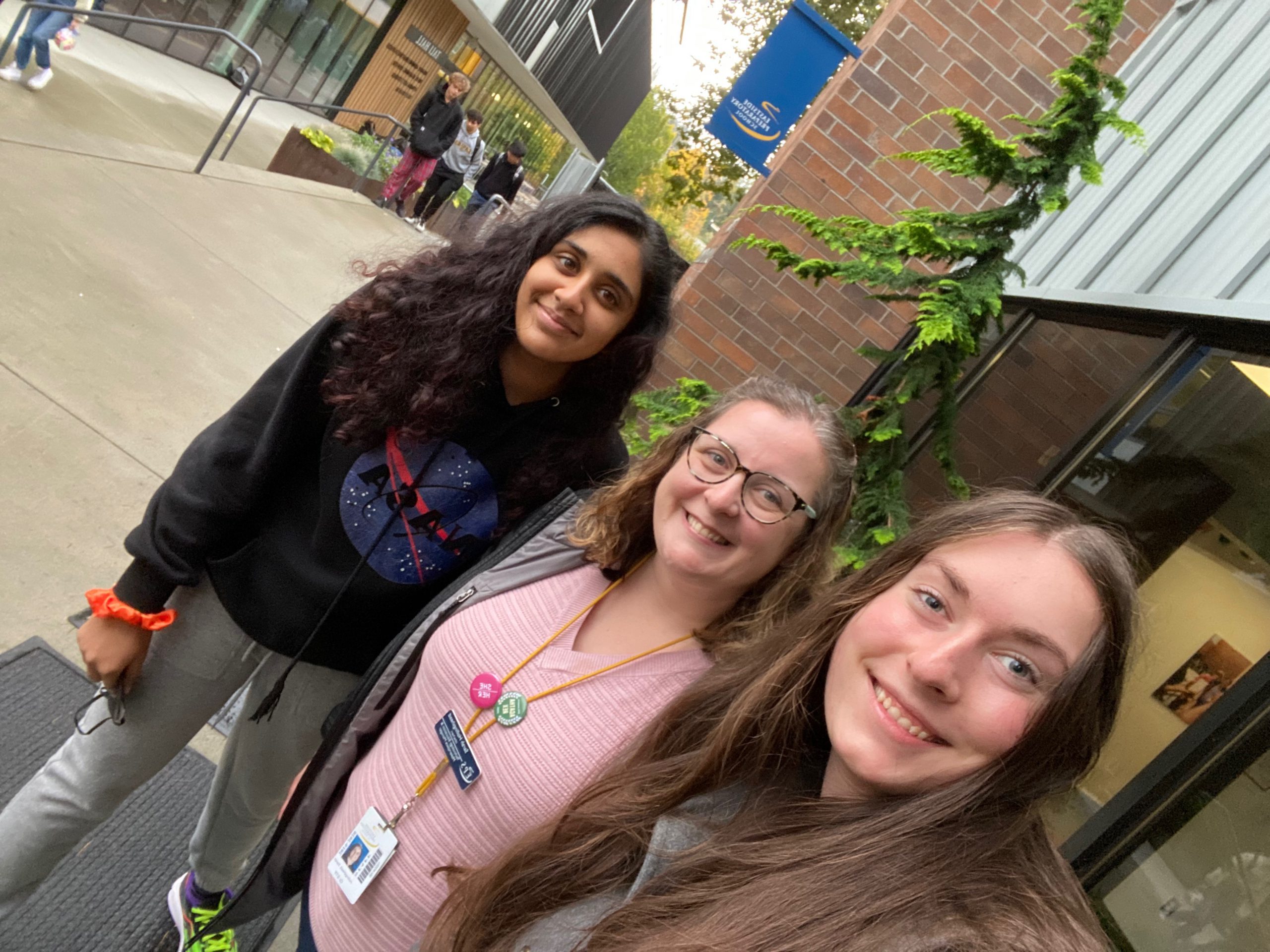 I dragged my feet behind my older sister as we walked onto the campus. She was touring a new high school, Eastside Preparatory School, a place that inspires people to be better versions of themselves. What would later be the TMAC, a large pit with heavy metal beams, was highlighting the middle of the campus. That was 2014. I never would have thought this would be my 7th year at Eastside Prep.

The first day I came to the school, I was frightened. Not because the school scared me, but because there was a huge focus on finding your passion. Classes were not structured around tests, but discussion based, with an emphasis on making connections. Yet as time went on, I found myself favoring these connection-based classes. I made friends, got to know other peers, and best of all, I joined a community.

Now in junior year, I look back at those days. I think about those connections I made that have stayed and supported me ever since. Addison, my closest friend, who has been there for me since fifth grade, through the thick and thin. Ms. Hollingshead, who inspired me to pursue STEM and guided me to obtain a game design internship—even if I was one of the only girls there.  Mr. Sanderson, who helped me discover my passion in math by building a safe community to learn, an otherwise hard environment to achieve (especially for a girl with anxiety). Or, Dr. K, who taught environmentalism so passionately in eighth grade, she motivated Emmy, Annika, and I to create an environmental organization (EcoLearners) that is now an actor with the United Nations.

Eastside Prep, turning twenty years old this year, has not only given me this community that continuously pushed and challenged me, but also supported and cared for me. My teachers were more than teachers—they were my friends. I watched the construction of the TMAC, the TALI, renovations of the LPC, as well as COVID-19 hitting the school. I’ve seen the ups-and-downs of Eastside Prep for more than seven years. Yet through it all, Eastside Prep gave me what I needed the most—a family.