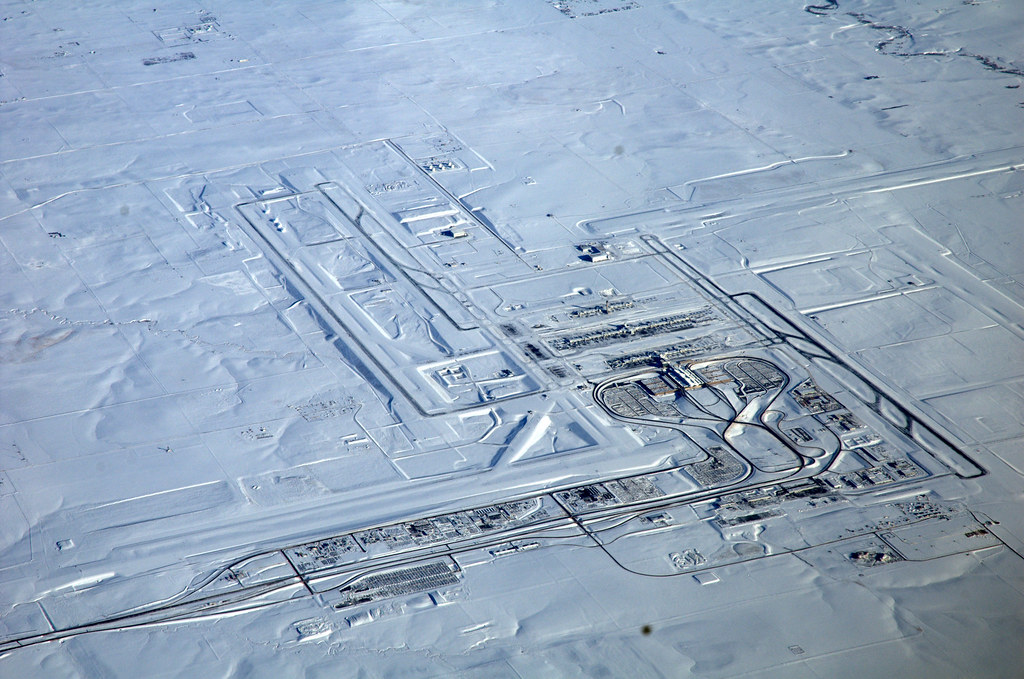 It’s funny to remember now—but it was anything but funny at the time.  Saturday, November 26, 1983.  Denver’s Stapleton International Airport (Stapleton was replaced with the current Denver International Airport in February, 1995) received enough snow to shut down the city for 3 days.  This was the Saturday after Thanksgiving, and I had made arrangements to fly to my parents’ home that weekend because I had another obligation for Thanksgiving Day, itself.  When I say, “enough snow to shut down the airport,” I mean 21 inches—not the 2 inches that paralyze Seattle.   For some reason I was able to get to the airport—only to learn that the flight was delayed, then delayed again, then delayed again, then cancelled.  By then all the hotels around the airport were full, and major freeways were shut down completely.

The psychological impact of believing that a flight will take place and then not, in a series of 2 hour increments is torture.  If I am a representative of a normal human being, we’re all in trouble; for some reason, every time the announcement reported a delay, I was sure it was true.  It’s just 2 more hours.  I ignored everything that my experience was telling me in favor of a fervent belief that, surely, I would not be spending the night at the airport.  I spent the night at the airport.

And I continued to believe—throughout the day on Sunday, that I could not possibly be asked to spend a second night in the airport.  Of course, taxis would be running.  I should be able to get a shuttle.  Maybe there’s a limo available—expensive, but how long can one go in the same clothes without a shower?  Apparently, one can go for 3 days, because that is how long I spent living at the Stapleton International Airport.

But the important part of the story is what happened during those three days – experiences I would never have had if things had gone as they were supposed to go.  First, this was the first Thanksgiving in my experience with no turkey.  The friends with whom I’d spent the actual holiday were vegetarian, so there was a tremendous amount of squash with which to contend.  Not surprisingly, the airport—which had no restaurants at that time—had not figured out how to put turkey in a vending machine.  What they HAD been able to figure out is that a combination of Dots, Milk Duds, and Tootsie Rolls could provide enough nutrition to avoid starvation over the three day “experience.”

In 1983, I did not yet have a cell phone.  The greatest of my challenges was how to ration the cash I had.  Phone calls were a dime, as were the food items I was acquiring from vending machines (by the way—nobody was coming to refill those machines until the entire city thawed out), so I had to make some choices between survival and calling my parents.  I called them once on Saturday when the flight was cancelled.  I called them again on Sunday when the flight was cancelled.  On Monday—I knew I would get out by mid-day—so I didn’t call because I had started this whole journey with about $7.00 in my bag—because …why would I need cash?  By the time I was back in a taxi on Monday afternoon, I didn’t have enough cash to pay the driver—but I knew I could get it when I got home.  I had not considered the possibility that the taxi I was riding in could—potentially—be involved in a traffic accident.  I mean, what are the odds that there could be a car accident while driving through a frozen landscape?

I did make it home that day, and when I arrived there, I learned that the pipes in my house had frozen. It wasn’t just that there wasn’t HOT water; there was NO water.  I remember thinking—with amazing clarity—that I was no match for the universe.  And it was Monday—I had missed an entire day at work.  Finally, still trying to unclench my jaws, made nearly impossible after from three days of Dots and Duds, I fell asleep.

Why am I telling you this?  The story isn’t even interesting.  But…what it does is guarantee that, after reading this ANYTHING that happens to you before, during or after the great feast is bound to be fabulous by comparison!

Happy Thanksgiving; and by the way, always keep your cell phone charged, always carry more cash than you could possibly need, and when you travel, be sure the toothbrush and toothpaste are in your carry-on bag.