Suicide Prevention at EPS and 13 Reasons Why 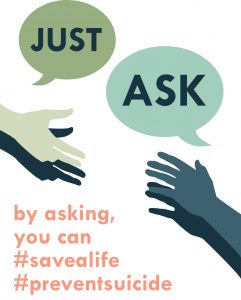 Thank you to all the parents who attended the Suicide Prevention Training on Tuesday evening. We feel so heartened that so many of you are willing to prevent this all-too-prevalent cause of adolescent death. For those of you who were not able to attend, a few things to note.

One topic that came up in our discussion was the recent Netflix series called 13 Reasons Why, which is based on Jay Asher’s novel and has graphic depictions of rape, bullying, and suicide. This show has generated a great deal of discussion along with widely divided reactions to the topic of suicide. Many students are talking about this series and it has affected them in different ways so we wanted to address it with you as well as pass on some talking points from SAVE (Suicide Awareness Voices of Education), along with a media statement from Forefront—the UW organization with which we have been partnering for suicide prevention.  We hope you take time to read both the talking points and the Forefront statement and consider carefully whether and/or how your child watches this series. At the very least, if your student plans on or has already watched it, we encourage you to also watch it so you are aware of the content and can talk openly about it with your student.

If you are struggling with thoughts of suicide:

As always, if you have any questions about this or anything else related to depression, suicide or suicide prevention at EPS, please don’t hesitate to contact Kelly Moore (kmoore@eastsideprep.org) or Jake Davis (jdavis@eastsideprep.org).