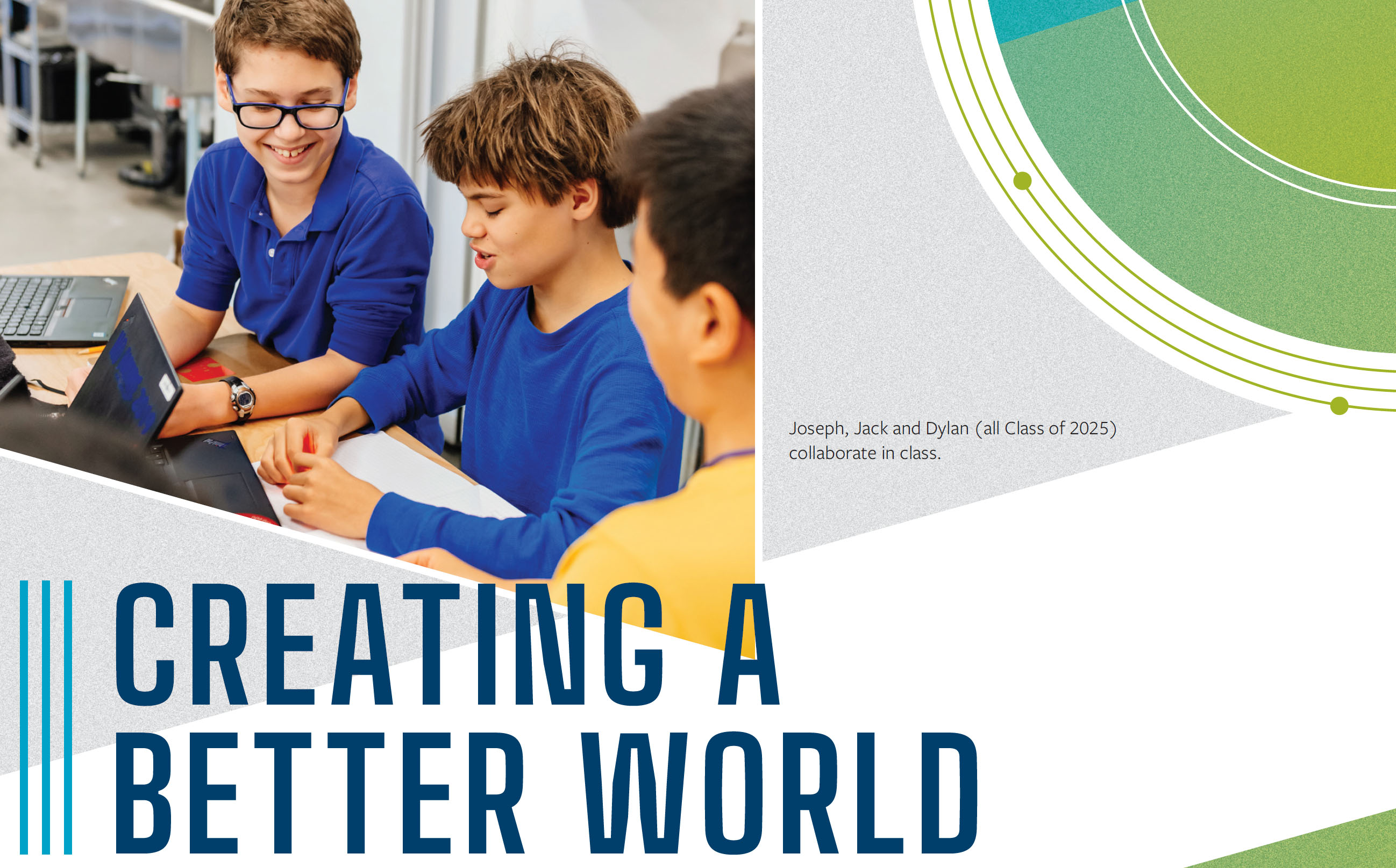 INSPIRE STUDENTS TO CREATE A BETTER world…. as though their lives depend on it…because they do.

Often, especially during open houses and other sessions during which we invite people to learn more about Eastside Prep, the following question is asked:

How do you know that Eastside Prep is preparing students for the future?
The answer is easy:
We’re not. At least, not in the way the questioner intends it.

The last time American schools were in the business of preparing students for the future was May 8, 1945—the end of the Second World War. At that juncture, everything was set. The Education Act of 1944, establishing the GI Bill, was a clear indication that the war was ending, and that the United States would need to train those who had served to take their rightful places in the social order.

We’ve seen enough boom and bust cycles in the last sixty years to have been cured of any potential confidence that we can predict the future; never has it been more certain that we have no crystal ball than the mid-’90s up to the present.

In 1928 we were promised a chicken in every pot; the market crashed a few months later. So, it’s not as though we had a perfect track record, but the end of the Second World War had a finality to it that gave Americans a deep belief that we were now on the road to prosperity. And for many, we were. Then the ’60s arrived and all bets were off. 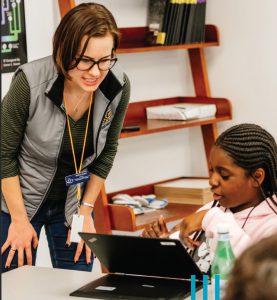 We’ve seen enough boom and bust cycles in the last sixty years to have been cured of any potential confidence that we can predict the future; never has it been more certain that we have no crystal ball than the mid-’90s up to the present. Now—at the end of the first two decades of the 21st century, we are clueless about what people need to be prepared for as it relates to specific skills or employment. Heck—there might not even be employment a decade from now!

So, how are we inspiring students to create a better world? By teaching them how to make themselves better people.

Viktor Frankl in Man’s Search for Meaning conveys, through eyes that survived Auschwitz, that the point is the search. That we can search for meaning is more important than the meanings we may identify throughout our lives—and that is what we are inviting EPS students to learn to do. To search…critically, responsibly, compassionately, and innovatively.

Inherent in each of these adverbs is the recognition that whatever we do, we do with other people.

Fundamentally, education is about learning to relate to other people. In fact, EPS was founded precisely to enable students to encounter people and ideas that were entirely unknown to them. Imagine the world we would have if people actually understood that difference is just a thing—it isn’t good or bad—it’s just a way of identifying things. This thing is different from that thing. This idea about how we should govern ourselves is different from another one. 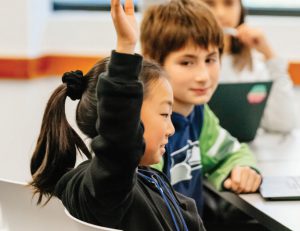 What if we were all able to cope with ambiguity? From my perspective, coping with ambiguity means that one is able to separate content/knowledge from ego such that whatever the subject, it is not the same as the identity of the individual. Ambiguity begs for resolution, but what if we all understood that the best solution is usually a combination of ideas known by a group—not by any single individual.

What if we were all educated in a way that encouraged us to assume positive intent—even when the impact isn’t. Further, even when we know the intent is not positive, is it possible to judge the action or words in a way that prevents it from impacting my identity?

Believe it or not, the 21st century has revealed that children and adolescents still find that calling each other names is a great way to cause a reaction—usually a negative one. Unlike my own experience as a child, technology now allows kids to taunt each other in ways that allow us to maintain a permanent record. We even have access to social media platforms that encourage us to be rude to one another by promising that the content will be deleted and untraceable. Impressive, isn’t it? Look how far we’ve come.

What if we were all able to cope with ambiguity? From my perspective, coping with ambiguity means that one is able to separate content/knowledge from ego such that whatever the subject, it is not the same as the identity of the individual.

In the final analysis, whether we’re talking about elected officials, or ten-year-olds just beginning to learn how to be social creatures, it appears that our natural human behavior requires some serious attention. Ideally, that’s what education is supposed to do—provide some serious attention to humans who live their lives with other humans. If Robert Fulghum is right, that “All I really need to know … I learned in kindergarten,” then why do we forget it all so quickly? Not only do we fail at the attempt to learn to cope with ambiguity, we teach each other to be suspicious. We allow prior experience to shape our beliefs so completely that we become incapable of taking in new information.

Inspire students to create a better world. Too ambitious? Maybe. But as long as we’re all hanging out together, why not give it a try?