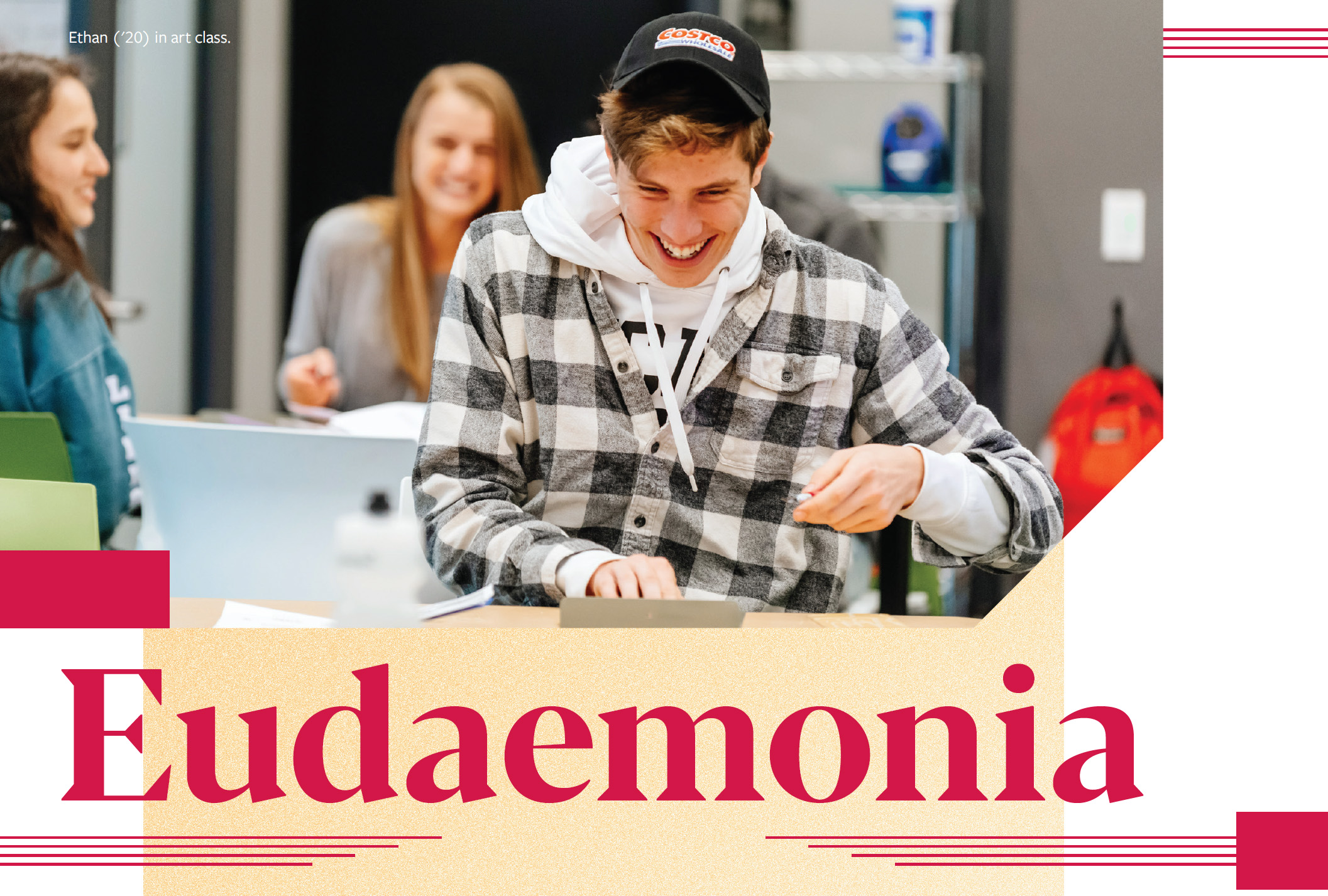 IT DOESN’T TAKE LONG, IN philosophical discussions about the meaning or purpose of life, to land on eudaemonia. Variously translated from the Greek, eudaemonia means happiness or well-being. It’s sometimes used to describe a contented status or human flourishing. Further, the term is sometimes used to refer to the idea of prosperity or promise.

We have so many words in English that point toward the elusive conscious state of being satisfied, happy, complete. Simultaneously, we seem to be—as a nation—less and less happy. It’s interesting to think about how much we speak about wanting to be happy in relation to the infrequency with which we express our experience of happiness. 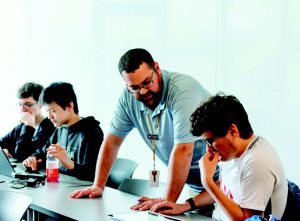 Still, more observations from the ancients: Seneca, “The greatest wealth is a poverty of desires.” Aristotle, “I count him braver who overcomes his desires than him who conquers his enemies, for the hardest victory is over the self.” A more recent expression from Henry David Thoreau, “Happiness is like a butterfly; the more you chase it, the more it will elude you. But if you turn your attention to other things, it will come and sit softly on your shoulder.”

The Greeks, from whom much of our contemporary ideology is taken, pushed in the direction of reason as the source of happiness. For Plato, the “good for man” consisted of becoming the most rational—the most focused on the eternal truths—the pursuit of “the good.” His understanding of happiness consists of a kind of intellectual striving that mandates the repudiation of earthly experience. The pleasures of life do not lead to happiness; they interrupt rational pursuit and are adversaries
of happiness.

Aristotle, Plato’s student, took a different approach. He was much more willing to accept as legitimate and real the earthly experience of human beings. We have five senses (we most enjoy sight, he will tell you in the first line of Metaphysica, Book 1):

[980a] By nature, all men long to know. An indication is their delight in the senses. For these, quite apart from their utility, are intrinsically delightful, and that through the eyes more than the others. For it is not only with a view to action but also when we have no intention to do anything that we choose, so to speak, sight rather than all the others. And the reason for this is that sight is the sense that especially produces cognition in us and reveals many distinguishing features of things. (Aristotle, The Metaphysics, Kindle Edition.)

But Aristotle has some conditions concerning true happiness. He describes it as a “mean.” Happiness (used interchangeably with virtue and goodness) is a mean between two extremes—an excess and a defect. Happiness is achieved by learning, through experience, how to moderate one’s inclinations by seeking to identify the most appropriate action. Moderation in all things!! The more cowardly one might be, the more one should work to become more courageous. Courage is, indeed, the mean between cowardliness and foolhardiness.

To use a more contemporary example, the more one is inclined to feel pressured by peers to take a course of action known to be a poor choice, the more one should examine personal values in relation to those of other people.

WHY IS DISCUSSING TWO-THOUSAND-YEAR-OLD WRITINGS USEFUL IN THINKING ABOUT HAPPINESS IN THE WORLD OF 2019? BECAUSE WE’VE STRAYED SO FAR BEYOND WHAT HAPPINESS ACTUALLY IS THAT WE’RE CONFUSING OURSELVES.

From Aristotle’s perspective, it takes time and experience to learn the mean, i.e., to understand virtue. Reason alone does not identify the mean; it requires acting in the world as a free agent to discover the mean relative to one’s self and to act on that mean as a virtuous person would act. A little bit circular, perhaps, but we use the tools we have (senses) to learn what leads to happiness—the highest good for human beings. Even if ultimately not completely knowable, pursuing the right objective en route to happiness is a more complete human experience than imagining that happiness can be something other than a state of mind.

Why is discussing two-thousand-year-old writings useful in thinking about happiness in the world of 2019? Because we’ve strayed so far beyond what happiness actually is that we’re confusing ourselves. It’s no secret that the American definition of happiness—if there is one—focuses a great deal on acquisition. Acquisition is an infinite objective. I can only acquire something I don’t have, so in seeking to be happy, I assume I’m not. That pursuit has no end; it is a recipe for perpetual ennui.