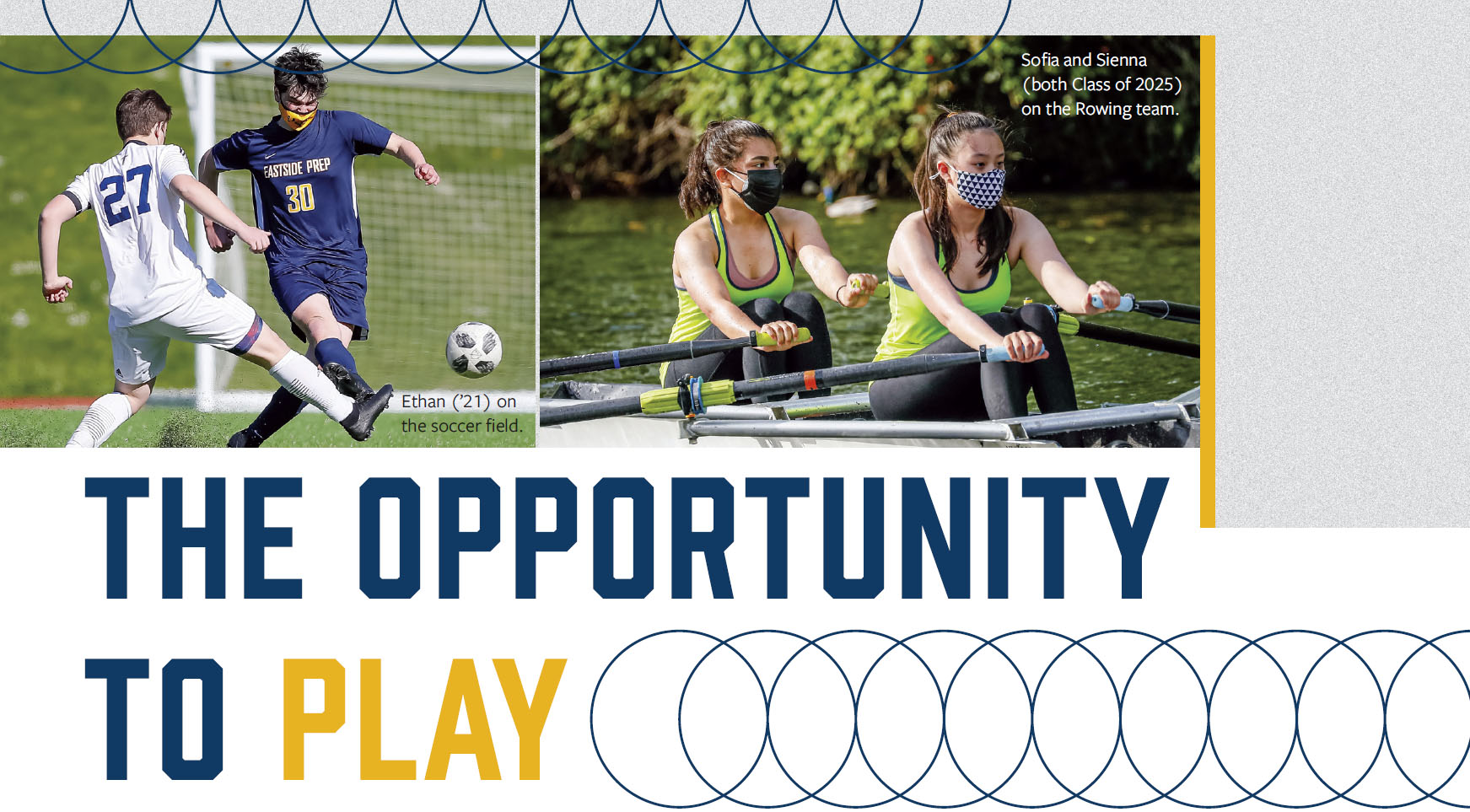 “Do you know what my favorite part of the game is? THE OPPORTUNITY TO PLAY.”
-Mike Singletary, Pro Football Hall of Famer

By Kim Eng, Director of Athletics

The year 2020 was a bizarre and challenging year for sports. While the COVID-19 pandemic certainly presented challenges from an academic standpoint, and educators were trying to figure out how best to keep children safe in a classroom setting, there was an additional degree of difficulty involved on the athletic front. How could you possibly keep students safe during activities that literally revolved around exertion, sweating, and close physical contact? And would sports even be allowed to take place at all in such an unprecedented scenario? 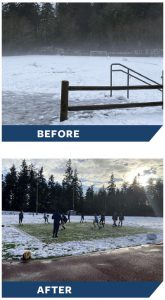 As it turned out, the Washington Interscholastic Activities Association (WIAA) eventually decided to let each school and league around the state decide for themselves whether or not to play—and how best to reschedule seasons to meet the needs of their local communities. After many long discussions, all centered around “what’s best for kids,” the Emerald Sound Conference (of which EPS is a member) decided to host three seven-week seasons. The final season would be drawn out a bit longer than normal, and wouldn’t end until the third week in June, but the consensus was that shortening seasons or stacking sports on top of each other (which every other league in the state did) would diminish the experience of our student athletes.

So, at long last, after nearly a year of being stuck in limbo, several sports were authorized to start on February 15, 2021. The time had come for the EPS Eagles to finally spread
their wings!

Of course, the universe can have a twisted sense of humor, at times, so despite all of our careful planning and pent-up excitement, it was only fitting that a snowstorm decided to grace our area on that very day. As a result, most schools grudgingly canceled practices. But the Eastside Prep Eagles? Not a chance. Coaches, players, and parents on the girls’ soccer team all refused to succumb to Mother Nature and pitched in to shovel a whole field of snow and clear a playing space. Practice was on! This team wasn’t going to let a few pesky snowflakes get in the way of their long-awaited opportunity to play.

The rest of the year was fraught with numerous additional challenging developments, but in spite of it all, athletics survived and thrived. All of our teams qualified for playoffs—our Boys Ultimate team made it to the Championship game and our Girls and Boys Soccer teams won their divisional championship titles! Our Boys Basketball team came in first in their division and made it to the league quarterfinals. Our Girls Basketball team won the league Sportsmanship Award. And our athletes on Cross Country and Track ran their tails off and broke both personal and school records throughout the entire spring season. 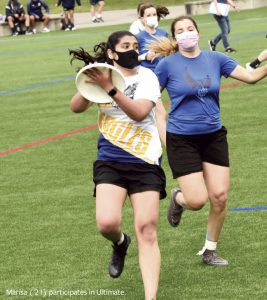 It was a roller-coaster ride, for sure, but reflecting back on the year, I feel compelled to call out some of my favorite and most memorable moments: 

So, while the past eighteen months certainly haven’t been ones anybody would likely choose to repeat, they were far from a total loss—and as typically happens when facing adversity, I think they have actually generated some valuable insights for many of us:

My hope is that we’ll look back at this period of time, years down the road, and appreciate the lessons learned and the ways we might have charted a path to a healthier, happier, and more balanced approach to sports (and life).

So, what’s next for the Eagles and the 2021-2022 school year? Looking at our record-breaking fall registration numbers, which includes the launch of our inaugural Boys Golf Team, I think it’s going to be a great year. The current plan at the time of this writing is to go back to sports during their traditional seasons. We will continue to practice  protocols and procedures that make sense, such as our continual cleaning and disinfecting of equipment and surfaces. And we will, of course, follow all guidelines established by the CDC and the WIAA.

I can’t wait to get back to our Tailgates, Homecomings, Pancake Breakfasts, Spirit Weeks, and Senior Events. Our Eagle pride and spirit are at an all-time high, and our community is bursting at the seams with excitement about coming together and supporting our student athletes.

After the year we just went through, I have never been prouder to call myself an Eagle. Against all odds, we made it happen. We devised the workarounds and compromises needed to give the students the most important experience of all: the opportunity to play. And I can’t thank the EPS athletic community (student athletes, parents, and coaches) enough for showing such remarkable grace, patience, and perseverance in the face of all the challenges that came our way!