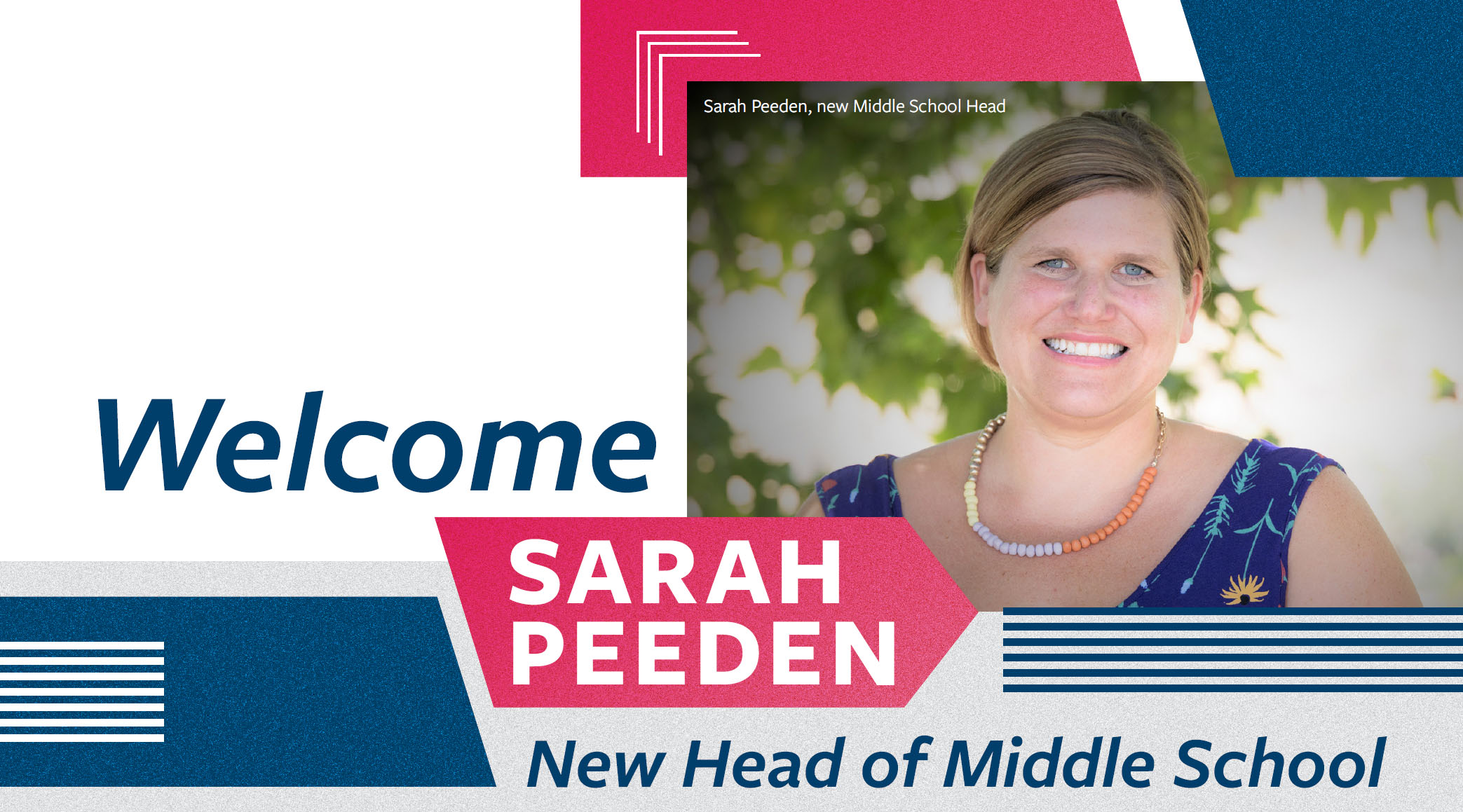 Ms. Peeden holds a BA and an MA in English and History from the University of Virginia and earned an M.Ed. in Private School Leadership from Teachers College, Columbia University. Most recently, Ms. Peeden has served as teacher of English Language and Literature and Assistant Head of Middle School at Pacific Ridge School. Prior to her time at Pacific Ridge, she held positions at The Children’s School and Rabun Gap- Nacoochee School.

In her letter of interest submitted as the first step in the Middle School Head search process, Ms. Peeden said, “At Eastside Prep, I see kindred spirits in the teachers, students, and families who come together to champion the school’s mission of empowering students to: Think Critically. Act Responsibly. Lead Compassionately. Innovate Wisely.  Moreover, I see a diverse, thoughtful, and engaging school in which someone like me could not only grow but also have a positive impact.”

The Middle School Head search process began in the spring of 2021. The position attracted twenty-four applicants. Between September 14 and September 22, 2021, four finalists visited campus and spent a full day being interviewed by faculty, staff, students, and parents. While any one of our finalists would have been a fine addition to EPS, Ms.  Peeden brought with her an innate sense of the EPS mission and vision. She was immediately at home in the community, and that natural fit was experienced by members of our community, too.

Among the references we received affirming Ms. Peeden’s qualifications, one recommender said, “Sarah is a positive, research-driven, compassionate leader that always centers the student experience in decisions and policies. She works well with both students and teachers by listening actively and asking questions (building relationships) with  people to help solve problems and support people effectively.”

In addition to being a successful educator for a decade and a half, Ms. Peeden is married to Jug Venkatesh. They have two young sons, Mohan (5) and Govind (2). The family has settled in Green Lake and looks forward to their new experiences in Seattle.

During the summer, Ms. Peeden spent some time meeting with each Middle School teacher individually to gain a sense of their expectations, and to be able to put names to faces. She’ll also be working to learn the names of all Middle School students, so some visits to her office in the Middle School would definitely be in order. Drop in, introduce yourself, and begin to get a sense of what our new educational leader is thinking as she begins her career with us at Eastside Prep!